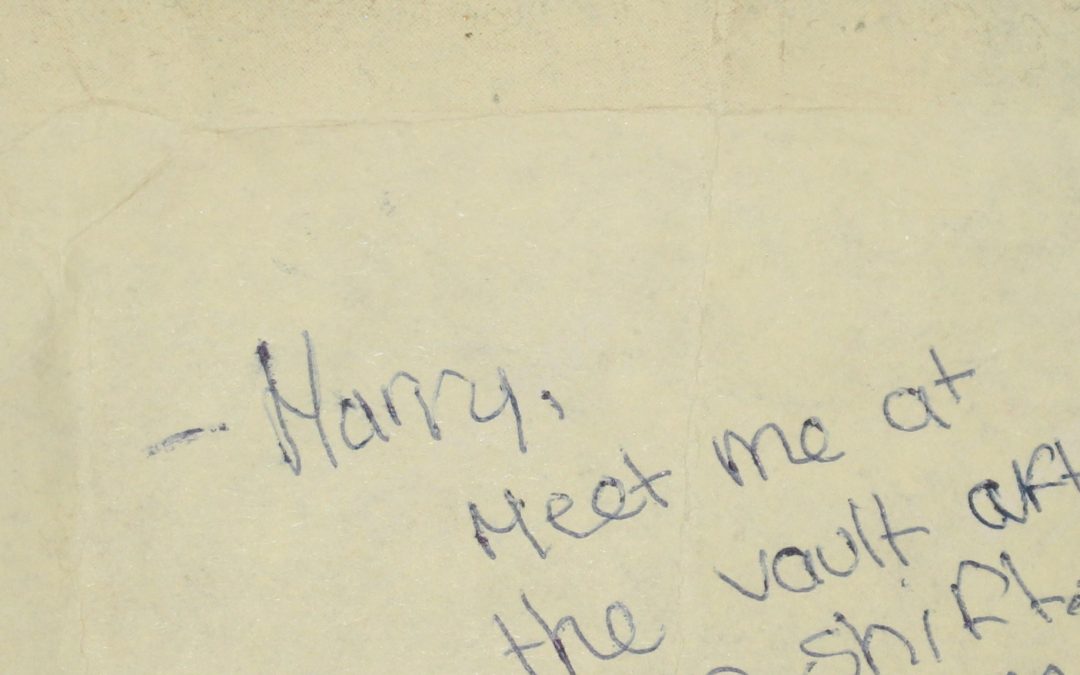 When racking my brain on what to feature for the artifact of the month in February I fell short. As many of my co-workers pointed out: it’s hard to make the Cold War romantic.
With other “Hot Wars” in history, you had soldiers who would leave loved ones behind waiting for a return that may never come.
As I sat at my desk drumming my fingers and considering writing about Diefenbaker and his wife Olive, my coworker Tobie looked at me from across our shared office with a look of jittering excitement.

“What about the love note?”

What love note? I’d never heard of the love note before. Tobie quickly explained that years ago when the bunker was being recreated for the museum phase of its life, the volunteers came across a note that said “meet me in the vault.”
My pulse quickened as I realized THIS was the perfect artifact to feature for the month of February.
I quickly went over to our archives and looked through the database for anything that resembled a “note” or said “vault”. Finally, I came across an entry entitled “To Harry, Love Felicity”. This had to be it! I looked up the location of the artifact and ran over to its storage space only to be disappointed. It wasn’t there. Dana and Sean, who had already spent some time searching began going through boxes of newspapers looking for something romantic or valentines based I could use.
I was sitting on the archives table in front of the drawer where the note was supposed to be when I decided to look one last time. I started sifting through papers in a different area when Sean pointed to an old yellow sticky note with writing on it.
I held it up trying to read what it said when Sean told me to turn it over. And there it was!

Meet me at the vault after your shift. I love you no matter what anyone says.

I was so excited! We had finally found the note and I was ready to starting writing. However, finding it was only half the battle. Sadly, not much is known about the note. According to Doug, our Collections volunteer, the note was found in Federal Warning Centre attached to a “window”* that is no longer visible. He couldn’t tell me anything about its origin and even a date from when it was found. From 1961 until it closed in 1994, the bunker functioned as CFS Carp, a operational military base which covered up the fact that this was a nuclear war bunker. This note could have been from anytime in the 32 years prior to it shutting down. I decided to dig a little deeper. 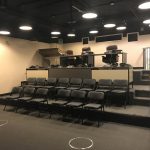 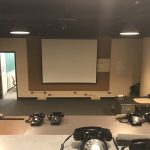 The wall where the “Window” used to be and the note was found.

The note is very clearly written on a yellow “Post It” note with the message written on the back with the now faded sticky part. After a quick google search I found out that “Post It” notes weren’t available in retail stores until 1977, but didn’t come to Canada until 1981.** This means that there was a 13 year timespan when this note could have been written.
We as staff don’t have access to the list of names of who worked here for obvious reasons so there is no certain way to tell who these two are but there has been some speculation. I decided to ask around to staff to see if anyone knew anything about the names or note. One thing that came up consistently was that the relationship was believed to be between two women (although this may not be true considering many people had misread “Harry” as “Mary”). The line “I love you not matter what anyone says” also caused suspicion of an illicit relationship. The first woman to be stationed at the bunker was in 1971 which leaves plenty of time for the female population to increase. With this theory in mind some believed that “Harry” and “Felicity” could be cover names incase notes such as this one were found. Regardless of what little we know about the note and who wrote it, even decades later you can still feel the love behind what was written.

“I love you no matter what anyone says.”

At this time all we have is speculation and theory. But I’d like to think that Harry and Felicity are still together today, wondering where that sweet little note went. 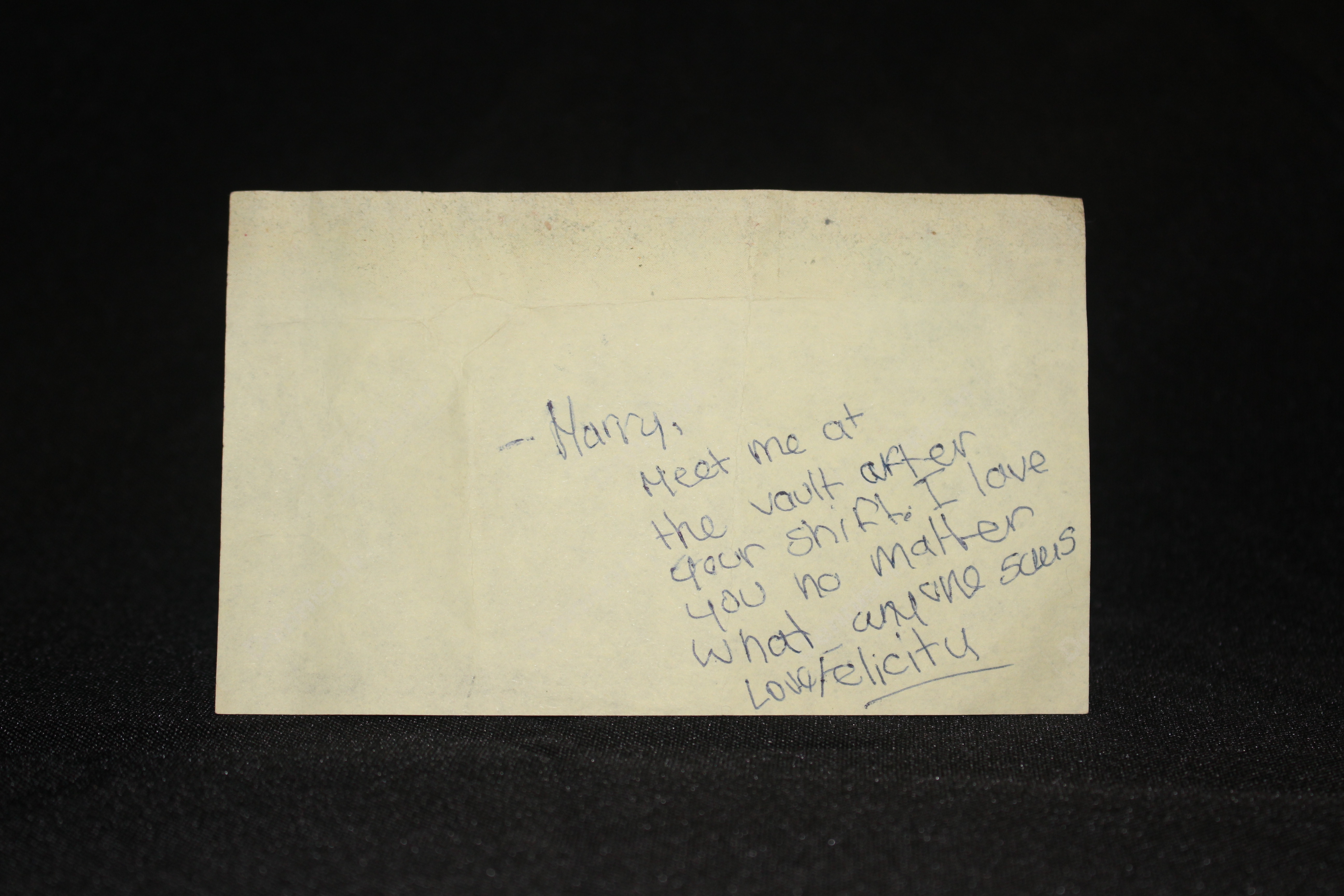 *The bunker features 2 (originally 3) “windows” these are large landscape photos taken and placed in the bunker to boost the morale of anyone who was underground for the 30 days in case of emergency. They are intended to remind people what they were fighting for and what would need to be rebuilt upon the arrival aboveground 30 days later.
** The history of Post-it Notes.