Step back in time and into the kitchen of the Green family, with all of its modern day conveniences and comforts. This exhibit offers a glimpse at life in the early 1960′s through the heart of the nuclear family home – the kitchen.

A Nuclear Family Kitchen features artefacts from the Diefenbunker, City of Ottawa Museums, and the Canada Science and Technology Museum.

Interpretation Diefenbunker: An Exhibition of the Canadian-Hungarian Artists Collective

Drawing on themes of collective memory and immigration, this exhibition showcases artwork by 28 Canadian-Hungarian artists. Through their works and in a variety of mediums, these artists explore their diverse responses and reactions to the Cold War, the Diefenbunker site, and their connections to our current times.

The Canadian-Hungarian Artists Collective (CHAC) is committed to organizing prestigious exhibitions that draw attention to the achievements of Hungarian descent professional artists in Canada and that highlight the important role that Canadian-Hungarian artists play, and have played, within Canada’s multicultural tapestry. Learn more about the exhibition and the artists on the CHAC website.

Exhibition originally scheduled for May 2020; rescheduled to 2022 due to COVID-19.

Weren’t able to visit the exhibition? Take a look at this video highlighting the artwork that was on display.

The Cold War era was a fearful era for immigrants. Our artists had either personally, or via the narratives of their families, experienced persecution, revolution, war and the dislocation from an ancestral homeland.

Canada had provided a safe haven where immigrants could surge forward in their endeavours without negating their origins and cultural fabric. But during the Cold War, all the gains that had been made were now threatened and fear began to once again dominate people’s lives.

How does one contemplate a post nuclear world other than imagining that they would have no inclination to live in it?

We hope that the exhibition leads one to ponder the works, the artists, and the period of the Cold War, and that these contemplations encourage a deeper understanding of this world and the artists’ perspectives of it.

Akìmazinàzowin | An Image of the Land
Mairi Brascoupé, 2021 Artist-in-Residence

Akìmazinàzowin | An Image of the Land invites us to hear compelling stories of the land and witness history through another lens. Integrating beadwork into a map of the region as it exists today, the artist invites us to explore our understanding of place during times of change and uncertainty, and to look at how values may differ, specifically for Indigenous peoples. How can we strive for a future that brings our different perspectives into alignment? 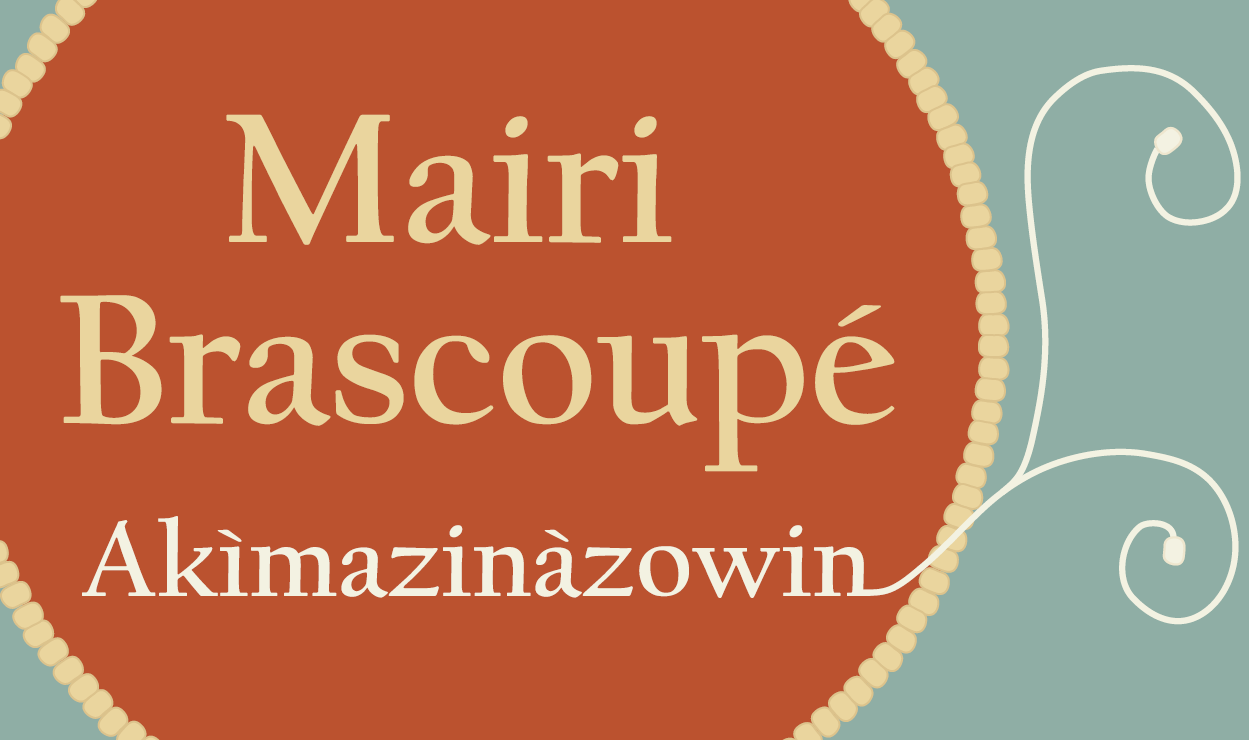 The CANEX at Canadian Forces Station Carp contributed to employee morale by helping to achieve a sense of normalcy for those stationed at this underground military station. From cigarettes and candy, to toiletries and magazines, CANEX provided simple goods and conveniences that offered a small level of comfort to the station’s personnel. Step back in time in this updated space, recreated to represent the canteen in 1977.

It was the cold and concrete spaces of the Diefenbunker that inspired 2020 Artist-in-Residence Greta Grip to bring the warmth of knitting to its walls. This underground bunker, commissioned amid the anxiety and uncertainty of the Cold War years, was built to protect, preserve, and nurture the few who would carry on for the greater good in the event of a nuclear attack. Grip parallels the purpose and procedures of the Diefenbunker with those of knitting — something individuals do to contribute to wartime efforts and social causes, or to build community in difficult times. Both the bunker and the knitted items provide protection and comfort.

Code is essential to the Diefenbunker (an operational communications centre) and to the act of knitting: both use code to create, embed, decipher, and communicate covert messages. Like the dots and dashes of Morse code and the 0s and 1s that symbolize binary code used in digital computers, knitting relies on two basic states: knit stitch and purl stitch. Grip’s work, which ranges from code messages, icons, and QR codes, all created by hand or using a hacked knitting machine, shows us how knitting itself weaves in and out of what can be read and what is hidden.

This residency took place from January to September 2020, while much of the world sheltered in place, struggling to cope with and understand the Coronavirus disease (COVID-19). Largely influenced by the realities of this period, Grip’s work reflects on themes of containment, protection, health and safety, public messaging, community, and contribution, which are as evident today as they were during the Cold War. 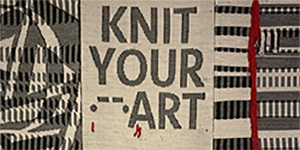 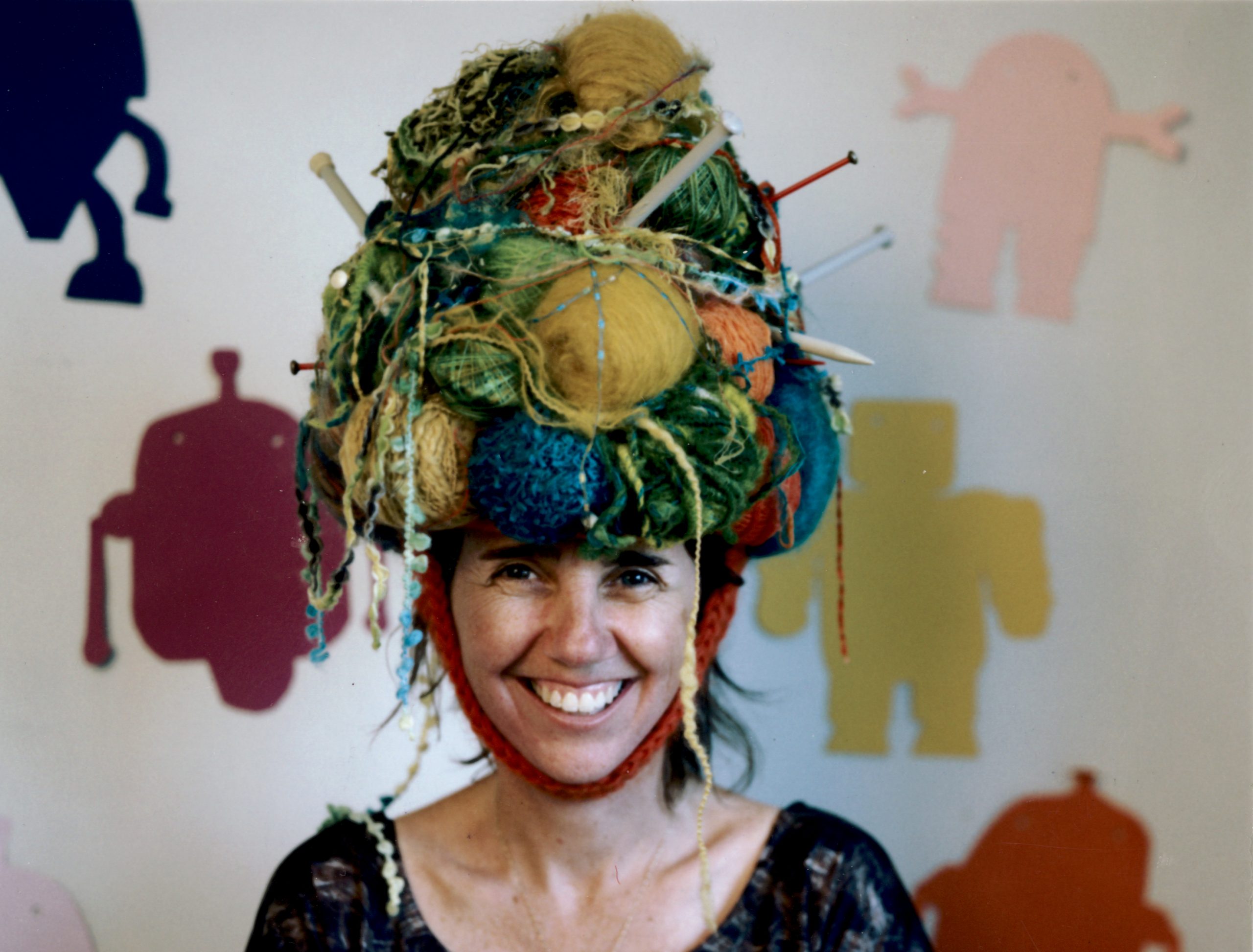 In this exhibition, artist-in-residence Carol Wainio uses fairy tales to explore current and past fears. Even the most beloved children’s stories are full of calamity and insecurity. Only sometimes does being clever and prepared win the day.

Wainio created Disasters for Little Children specifically for the Diefenbunker. The bunker’s construction and design prompted memories of the Tale of the Tortoise and the Hare. Above ground, the protective building reminded her of a turtle’s shell. The underground level, with its hallways and small rooms, seemed like a rabbit’s warren.

Wainio researched Cold War emergency preparedness materials while creating these artworks and discovered Bertie the Turtle, a cartoon character who advised children to “duck and cover” in a nuclear attack – an impossibly naive protection. In contrast, the concrete and steel Diefenbunker would have housed top decision-makers so they could plan for a post-war future. Despite this protection, there were no families here, no next generation of humanity. Deep underground during a nuclear winter, children’s tales of forests and animals would have seemed very far away and long ago.

During the Cold War, nations competed to develop weapons of mass destruction. As in the arms race, the fabled Hare and Tortoise sped toward an uncertain end. Today, we move closer to the slower catastrophe of climate change. Through paint, photography, illustrations, and children’s drawings, Wainio reveals a not-so-fairy-tale world of opposites: then/now, fast/slow, arrogance/persistence, and destruction/survival.

Carol Wainio has exhibited widely in Canada, including at the National Gallery of Canada, Art Gallery of Ontario, Musée d’art contemporain de Montréal, and internationally in the U.S., China, and at the Stedelijk Museum, the Venice Biennale, and the Galleria Comunale d’Arte Moderna in Bologna.

She is the recipient of numerous grants and awards, and is an Adjunct Professor at the University of Ottawa. 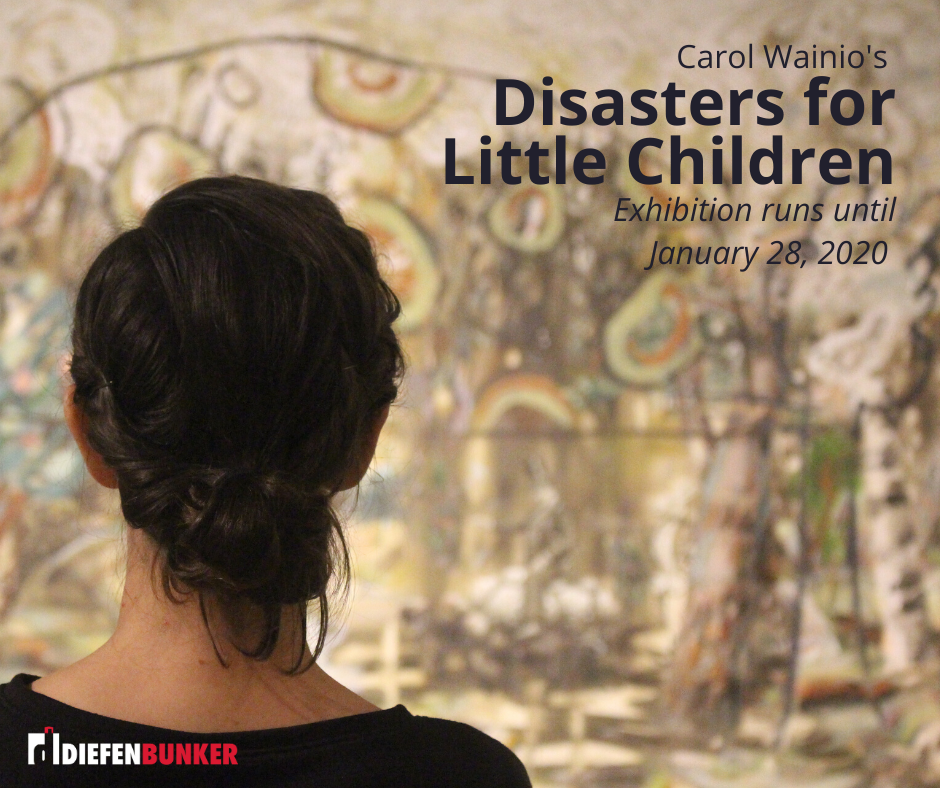 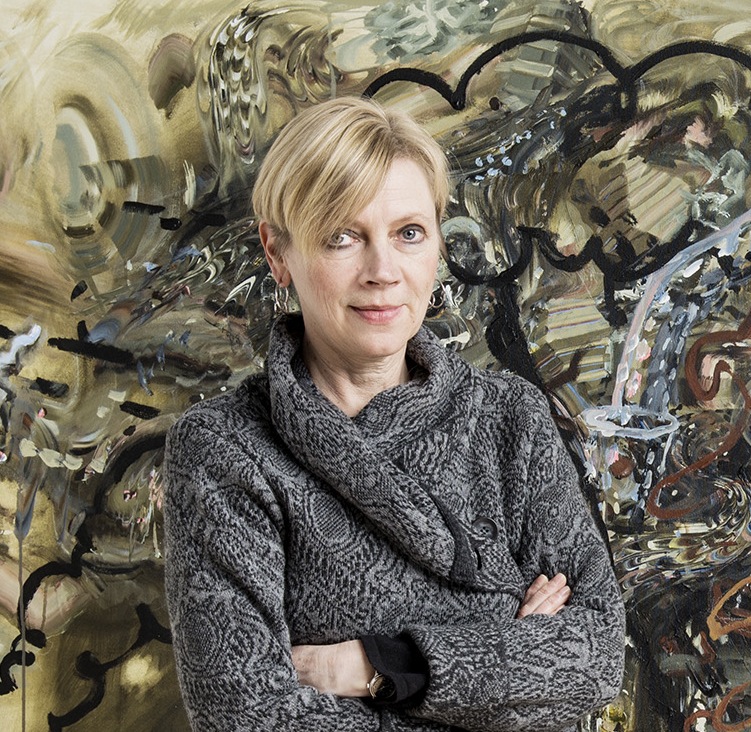 Treasures from the Diefenbunker

In addition to its year round calendar of exhibitions, the Diefenbunker is launching a new series of monthly features in celebration of Canada’s 150th anniversary. These features will highlight archival documents and artifacts from the Diefenbunker collection that shed light on life in Canada, and underground at CFC Carp during the Cold War. Discover something new with every visit!

From Hand to Hand by Valerie Noftle

The Diefenbunker: Canada’s Cold War Museum is proud to begin its year of celebrations for Canada’s 150th Anniversary with the launch of the “From Hand to Hand” photo exhibition by Canadian artist Valerie Noftle. Due to popular demand, the Diefenbunker Museum is proud to extend Valerie Noftle’s From Hand to Hand photo exhibition to August 31, 2017.

For the first six months of 2016, Noftle had the privilege of working with 13 veterans whose hands and stories form the “From Hand to Hand” photo series. Veterans who have served Canada from the Second World War to Afghanistan, have generously shared their time with Noftle over photo shoots and coffee, resulting in an intimate and moving exhibition honouring those who serve.

In celebration of Canada’s 150th Anniversary, the “From Hand to Hand” photo series has also been made into a 2017 calendar which is now available through the Diefenbunker’s Cold War Store. For every calendar sold, a $10.00 donation will be made to Support Our Troops, the official charity of the Canadian Forces community, managed by Canadian Forces Morale and Welfare Services. These funds will be designated to help combat homelessness among our veterans. Soldiers Helping Soldiers, a volunteer group of soldiers helping their own, has identified over 350 homeless veterans in Ottawa alone. The 2017 calendar is one way of helping bring that number down to zero.

The Age of Atomic Anxiety

An exhibition by Artist-in-Residence Anna Frlan

Following months researching a wide range of subjects about the Cold War through the Museum’s collection, archives, blueprints, photos and library, Anna Frlan has created a series of sculptures that explore the psychological climate during that era. Occupying several spaces throughout the four storey underground facility, Frlan’s highly detailed works offer a unique perspective on one of the most critical times in the world’s history.

Two Exhibitions: For Freedom and Independence
and Hungarian Exodus

The Diefenbunker: Canada’s Cold War Museum is honoured to partner with the Embassy of Hungary in Canada to present two travelling exhibitions in recognition of the 60th anniversary of the Hungarian Revolution. For Freedom and Independence pays tribute to the young leaders of the spontaneous Hungarian uprising that grew to become a revolution and fight for freedom in 1956. The Hungarian Exodus commemorates the arrival to Canada of over 37,000 refugees following the Hungarian uprising of 1956, and of the contribution of Hungarian Canadians to this country.