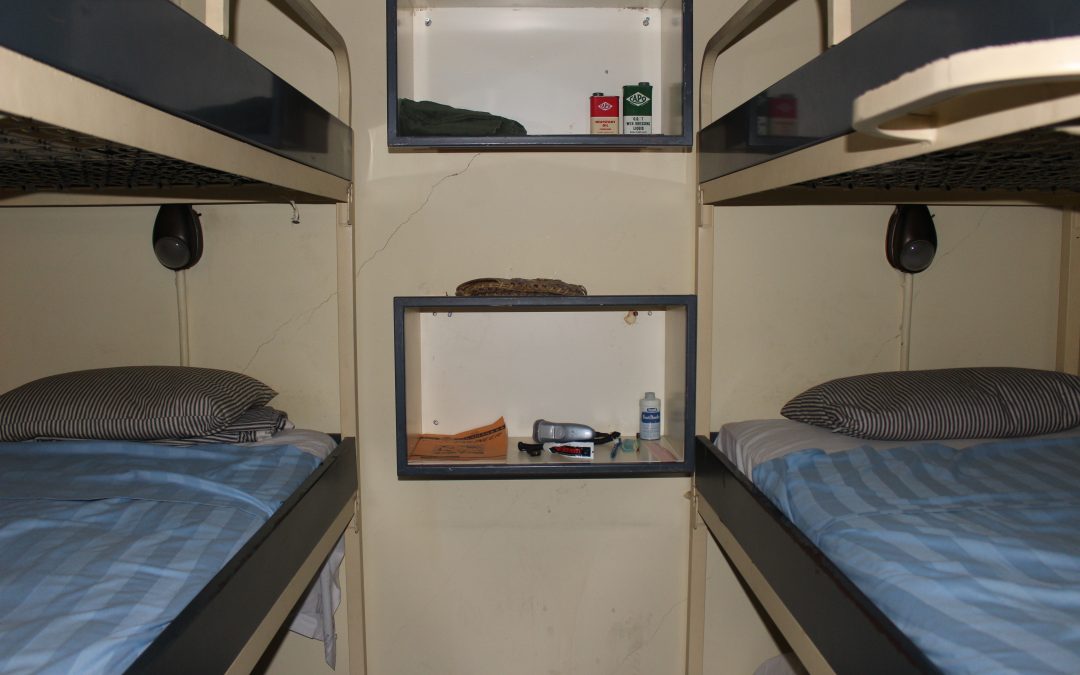 80 feet underground there is a bedroom hidden in the bunker, left abandoned for 25 years. This is the Forgotten Bedroom.
Like so many other mysteries in the Bunker, this one comes with few facts and many theories. And for this reason, let’s start at the beginning.
After 32 years functioning as CFS Carp, the Diefenbunker closed its doors on June 21st, 1994. With the Cold War over and no foreseeable threat of nuclear attack, they decommissioned the base and walked away. For the next year, the Bunker was stripped of everything that wasn’t nailed down or attached to the building.
In 1995, the Library Board for the area was looking to amalgamate a couple of the libraries into one conveniently placed building. They landed on the old mechanics building beside the Diefenbunker. In order to raise the money to convert the old shed into a functional library, the idea was put forward to give tours through the Diefenbunker. The building had remained a secret for so many years and with the truth finally out, they believed curiosity would get the best of people and help raise the needed money. The first tours began in October of 1995 and ran for three weekends. In only six days, they raised around $78,000!
This is where our story begins. They saw the interest this building held for so many people and realized they were sitting on a history gold mine. It was negotiated that the building would remain open for more tours to quench the thirst of the curious public. The longer the tours went on, the more they realized this building need to be something more than just tours on weekends.
In 1998 the Bunker had its grand opening and was renamed Diefenbunker: Canada’s Cold War Museum! We’re not certain when exactly the bedroom was discovered but it had to be have been sometime in the first year of tours. 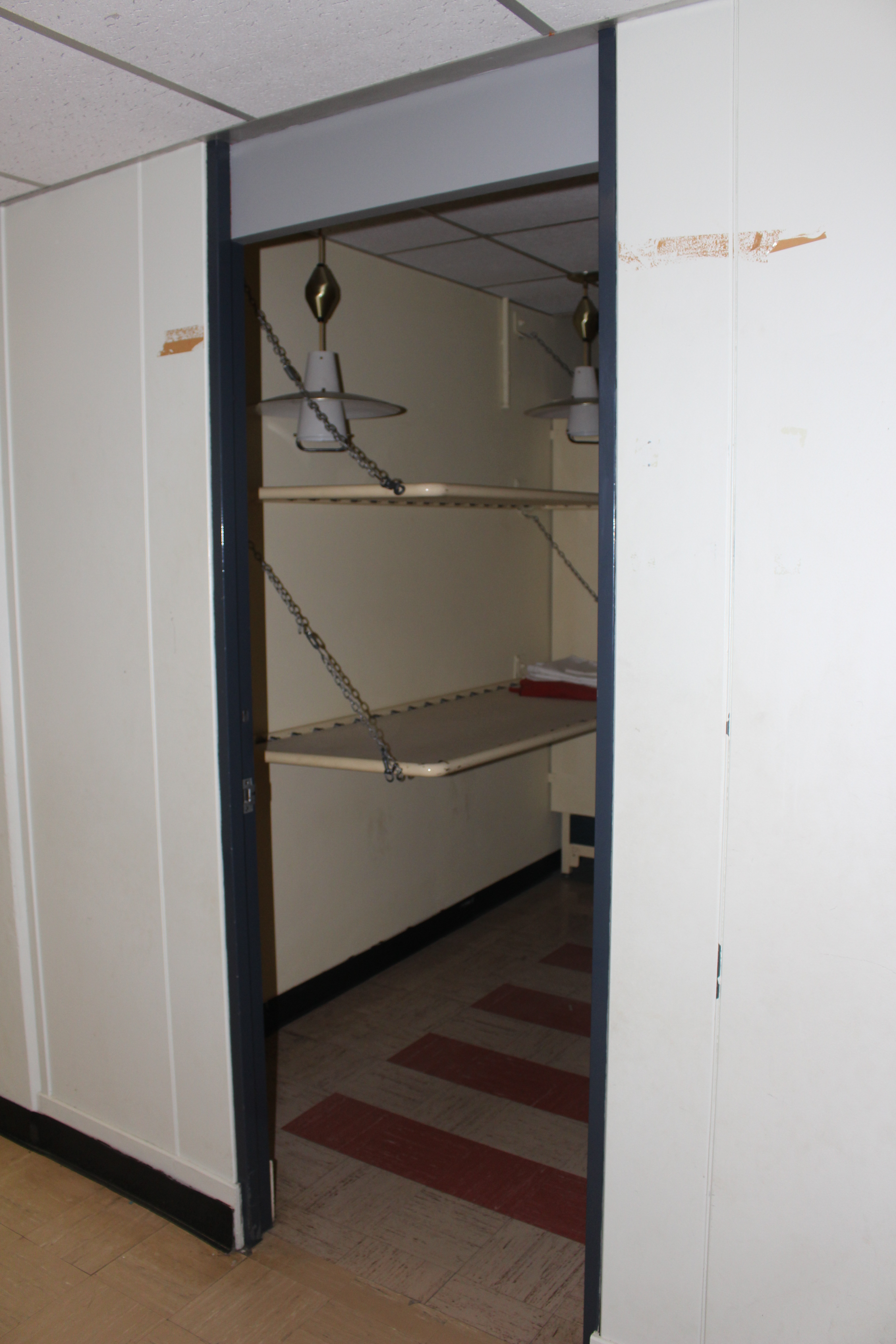 Remnants of the tape that marked the room as empty.

The Forgotten Bedroom is located on the 100 level of the museum. This is the very bottom floor and where all of the men’s sleeping quarters were located during its years of operation. The bedroom is located in the middle of the hallway and looks like any other in the hallway except for what’s inside. When the building was being stripped they had to go about it room by room. In order to alleviate frustration and keep things organized, once a room was emptied its door was closed and a strip of tape was put across it to signify its completion. What still baffles museum volunteers and employees today is that fact that every bedroom door in that hallway had tape across the door; including the Forgotten Bedroom. As the founding members of the Diefenbunker Museum went through the building they came across the middle door in a hallway on the bottom floor. Similar to every other in its closure and tape but what changed was when they opened the door. Inside the room they found 3 sets of bunk beds that were three bunks high as well as a large mirror in the back corner. This room was supposed to be empty and yet, here where three original beds and a mirror! 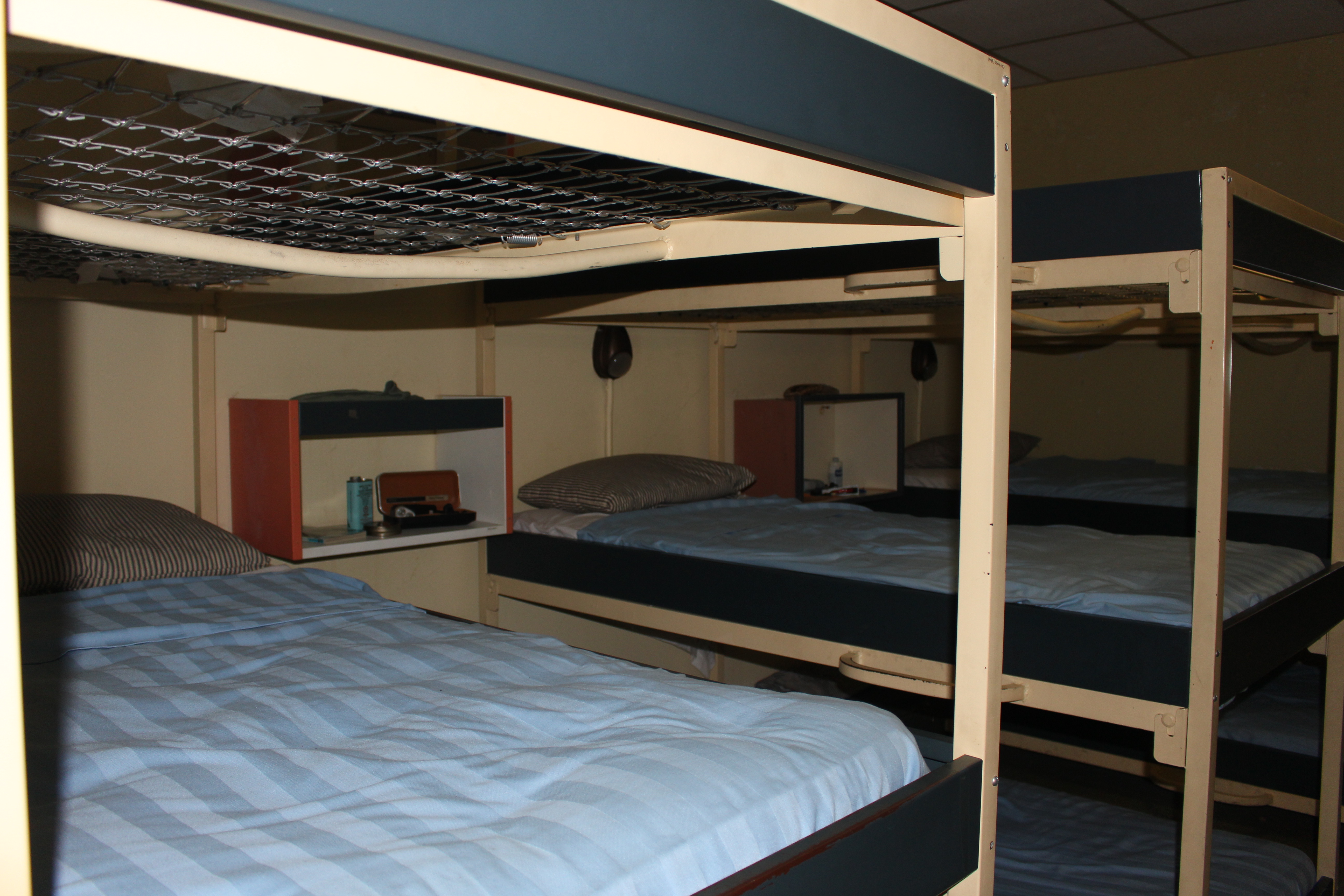 All three bunk beds would have slept a total of 18 people. The system they slept in was called “hot bunking” and is still used on submarines today.

From the photo here you can see how the room has been dressed up since it was found all those years ago. Shelving has been included, personal items added, and even military grade mattresses were added in for the full effect. Although the only original pieces in that room are the 3 beds and mirror, it still brings up one question: why were they left?
There are many theories about why this room was left. One theory is that while they were stripping the Bunker, they used this bedroom for sleeping in. As a result, when they finished stripping the Bunker they either left it on purpose or forgot to empty of its contents. Others think that when they were going from room to room emptying items, there were two teams who started at either end of the hallway and both forgot to do the one in the center. 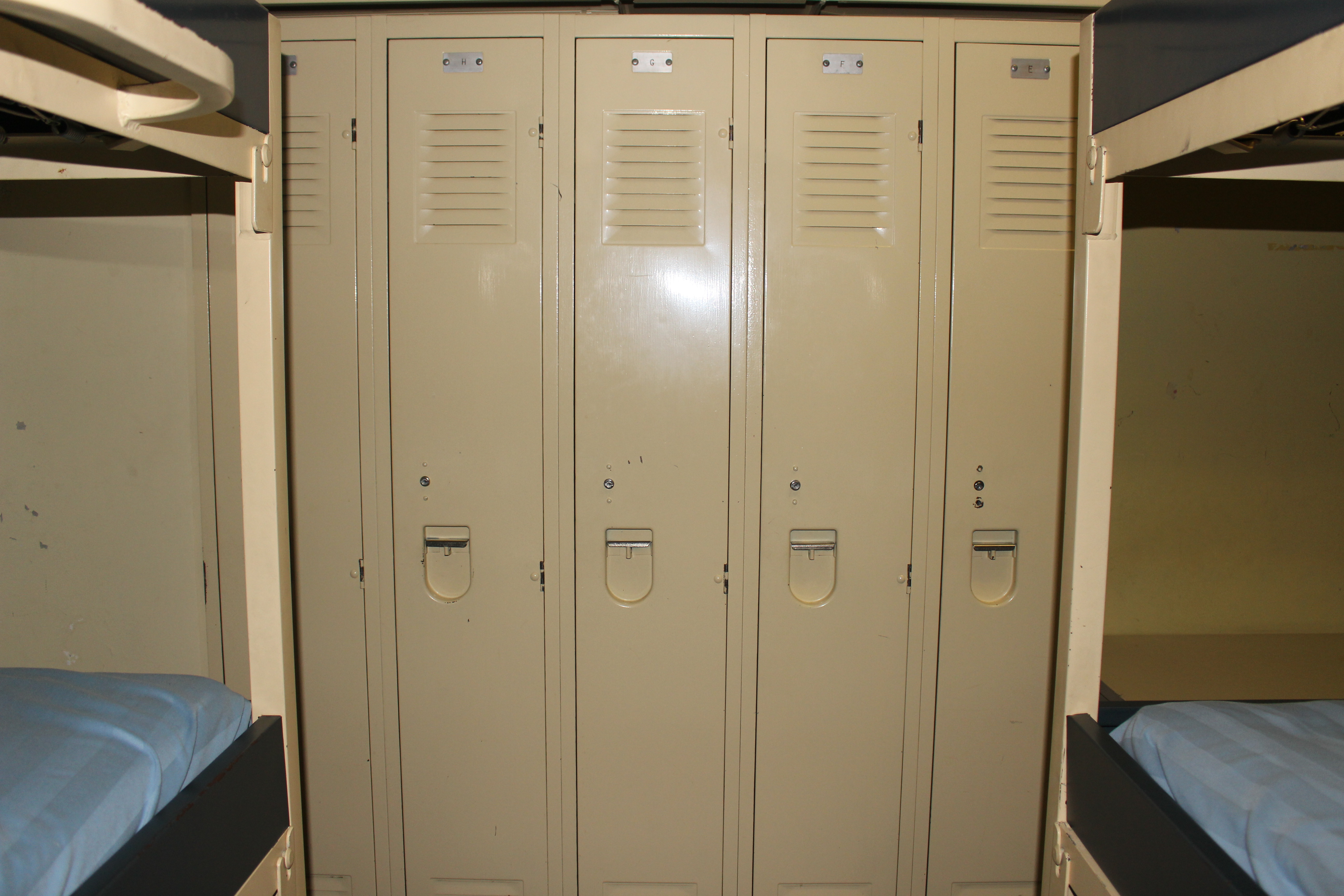 5 of the 9 lockers in the Forgotten Bedroom. We believe those stationed would have shared a locker with another person.

Regardless of what you believe, the room still stands as an incredible piece of our history.
Unfortunately because of its location, this bedroom is not available to the public. It is in among storage rooms, the artifact vault, and the rest of our collection. As disappointing as this may seem, it allows the Forgotten Bedroom to remain preserved and serve as a rare glimpse into the past for anyone who has a chance to see it.*

*Although this area and the bedroom are no longer available for viewing, areas can still be seen in the slideshow above and in the short film Zygote by director Neill Blomkamp. The basement is where some of the filming was done.

The post you requested could not be found. Try changing your widget settings or add some new posts.