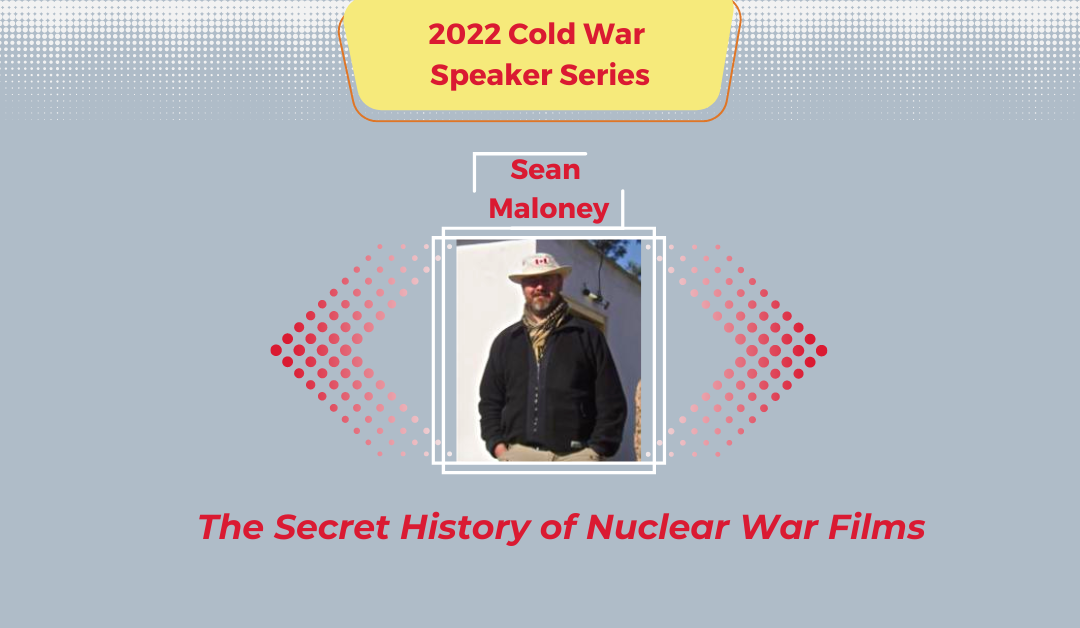 On September 22, 2022, we held the first session in our Cold War Speaker Series, where we were delighted to welcome Dr. Sean M. Maloney of the Royal Military College of Canada. Dr. Maloney presented his topic, The Secret History of Nuclear War Films and their mirroring of the concerns of the American government and military planners.

By blending film analysis with Cold War history, Dr. Maloney examined these films’ portrayal of the Cold War responses to nuclear crises and compared them to reality. How accurate were these fictional interpretations that were ultimately designed for the sole purpose of entertainment? Dr. Maloney delved into this in his discussion while placing particular emphasis on the film Dr. Strangelove and other genre classics including Strategic Air Command and Fail Safe. 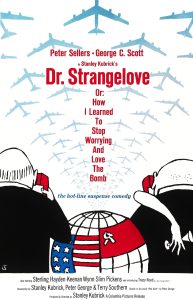 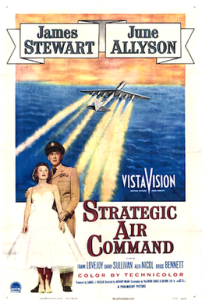 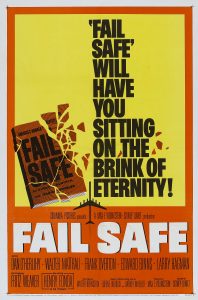 Dr. Maloney began his discussion by introducing Curtis LeMay, the late American Air Force general who was known for being a larger-than-life 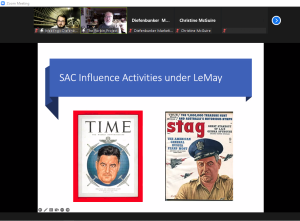 character. LeMay was known for helming the Strategic Air Command (SAC) which controlled most U.S. nuclear weapons as well as the bombers and missiles that delivered them. The activation of SAC in 1946 inspired the military aviation film Strategic Air Command, which was directed by Anthony Mann in 1955. Strategic Air Command was the first film of its time to depict the role of SAC and was recognized for using real military equipment and locations. This film used VistaVision, a higher resolution, widescreen motion-picture film format that was created by Paramount Pictures only one year prior to the film’s release. This point during Dr. Maloney’s discussion led to thought-provoking comparisons made between the anxieties of the simultaneous emergence of nuclear weapons and new technology.

Dr. Strangelove or How I Learned to Stop Worrying and Love the Bomb 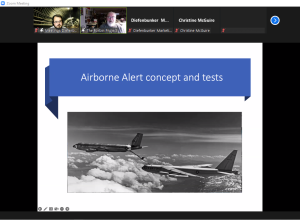 Strangelove quickly became a cultural touchstone from its release in 1964. This black and white film by Stanley Kubrick was initially viewed as a satire on nuclear issues, but following generations began to draw parallels between the film and real-life events, viewing it as a quasi-documentary. In his discussion, Dr. Maloney examined how much of reality we could reconstruct from the film. These realities included: the film’s debate over Plan “R” echoing real-life decisions around release pre-delegation; the portrayal of nuclear safety release mechanisms on the B-52 aircraft, which was accurate to real life in that all personnel played a part in the release of the weapon; the psychological aspects of the nuclear crisis, evident in the film’s demonstration of the testing used to examine whether the character was lucid enough to operate a missile; and finally, the film’s description of Airborne Alert, which accurately described it as a state of military alert wherein combat-equipped aircraft are flying and prepared for action.

Dr. Maloney used Dr. Strangelove and Fail Safe to investigate a curious pop culture contradiction. Set to premiere at the same time as Dr. Strangelove, Fail Safe, directed by Sidney Lumet, had its release pushed by nine months due to an impending threat of a plagiarism lawsuit for similarities to Dr. Strangelove. Subsequently, Kubrick prevailed and his film Dr. Strangelove was highly regarded at the time, while Fail Safe was considered to be a gloomy copy of the same content. Today, there are varying opinions on which film is superior, however, there is one consistent similarity between the two: films like Dr. Strangelove, Strategic Air Command, Fail Safe, as well as many others of the same period and same genre, play a huge role in distorting the real history. Though aspects of these films have accurate depictions of the ongoings in the real world at the time, it is historians like Dr. Sean M. Maloney who work hard at investigating and communicating the truth.

Thank you Dr. Maloney for your intriguing discussion on The Secret History of Nuclear War Films. If you would like to read more of Dr. Maloney’s work, you can access his work on his website.

Tune in for our next Cold War Speaker Series session on Thursday, October 6, 2022 at 7:00 p.m., where Michelle Douglas and Christos Pantieras will be discussing the LGBT Purge.

Our final session will take place on Thursday, November 17, 2022 at 7:00 p.m. where Dr. Andrew Burtch will be discussing Canada, the Cold War, and the Korean War.

» Register for the Speaker Series