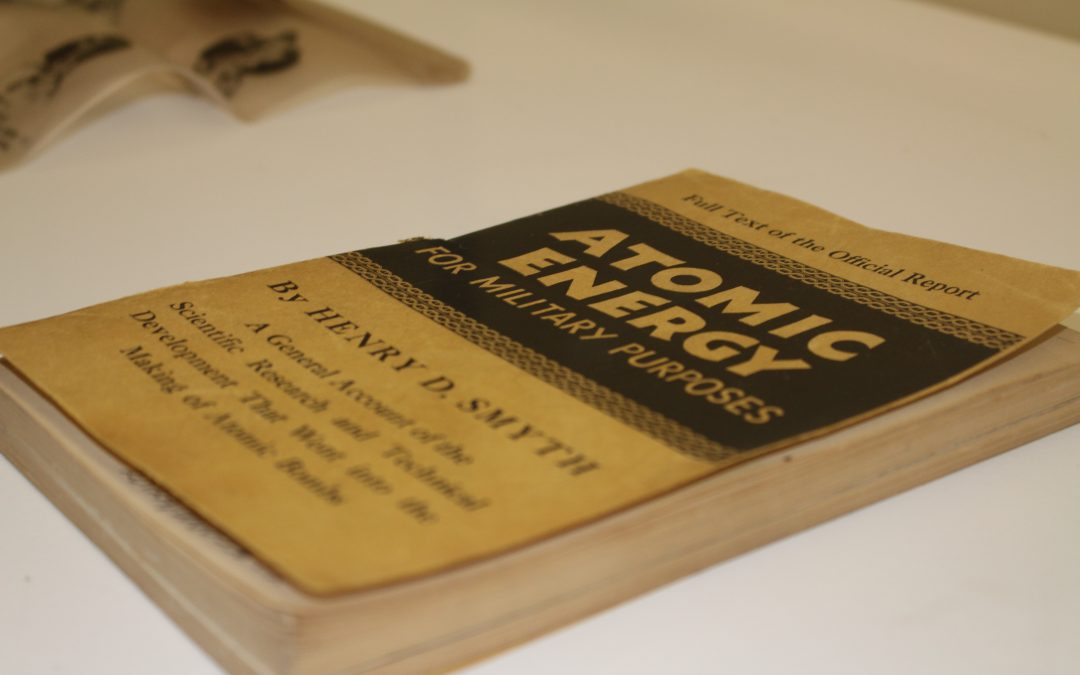 From September until January 2020, the Bunker welcomed Alison, a high school co-op student with a passion for history. For 4 months Alison worked on a new exhibit which has filled our “Treasures from the Diefenbunker” display case.
During her 4 months here Alison performed research, explored the archives, and got to pick her artifacts for display from our artifact vault. 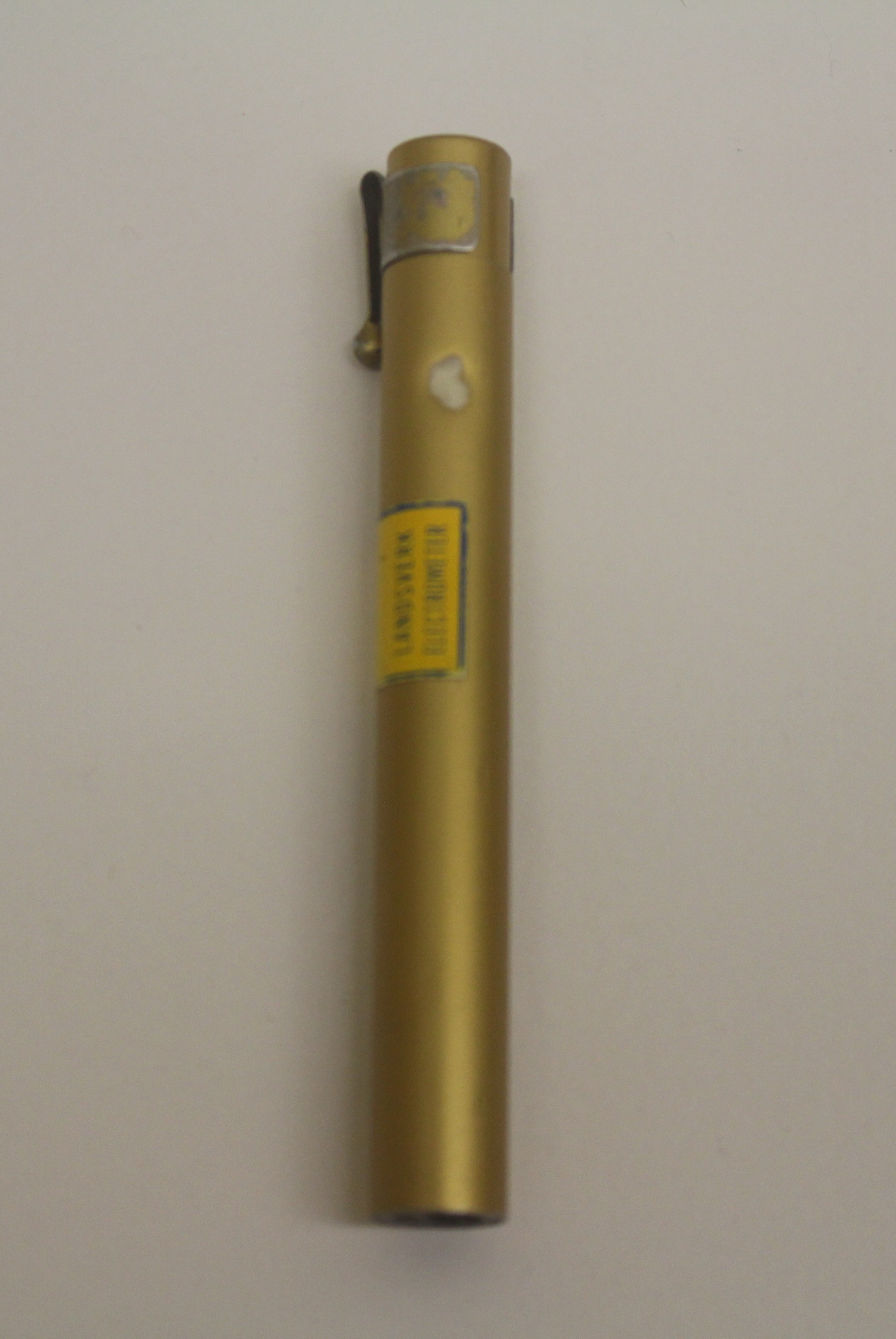 Dosimeter on display in “Radiation and You”

Alison’s original topic when she first began research was going to be on the Dosimeter, a small pocket sized instrument that measures the amount of exposure to ionizing radiation. This was what sparked the idea to look further into radiation.

“Radiation and the bunker kind of go hand in hand”

According to Alison, the most interesting part of doing the research was looking into the biological effects of radiation on the human body. In some cases a little radiation is fine, however, other times it can cause long term illness or symptoms later on in life.
The majority of sources that she used were found in the archives, including old text books from military colleges. However, the first items she came across in the archives happened to the most interesting! It was an American written article stating that radiation was the most significant invention since gun powder. 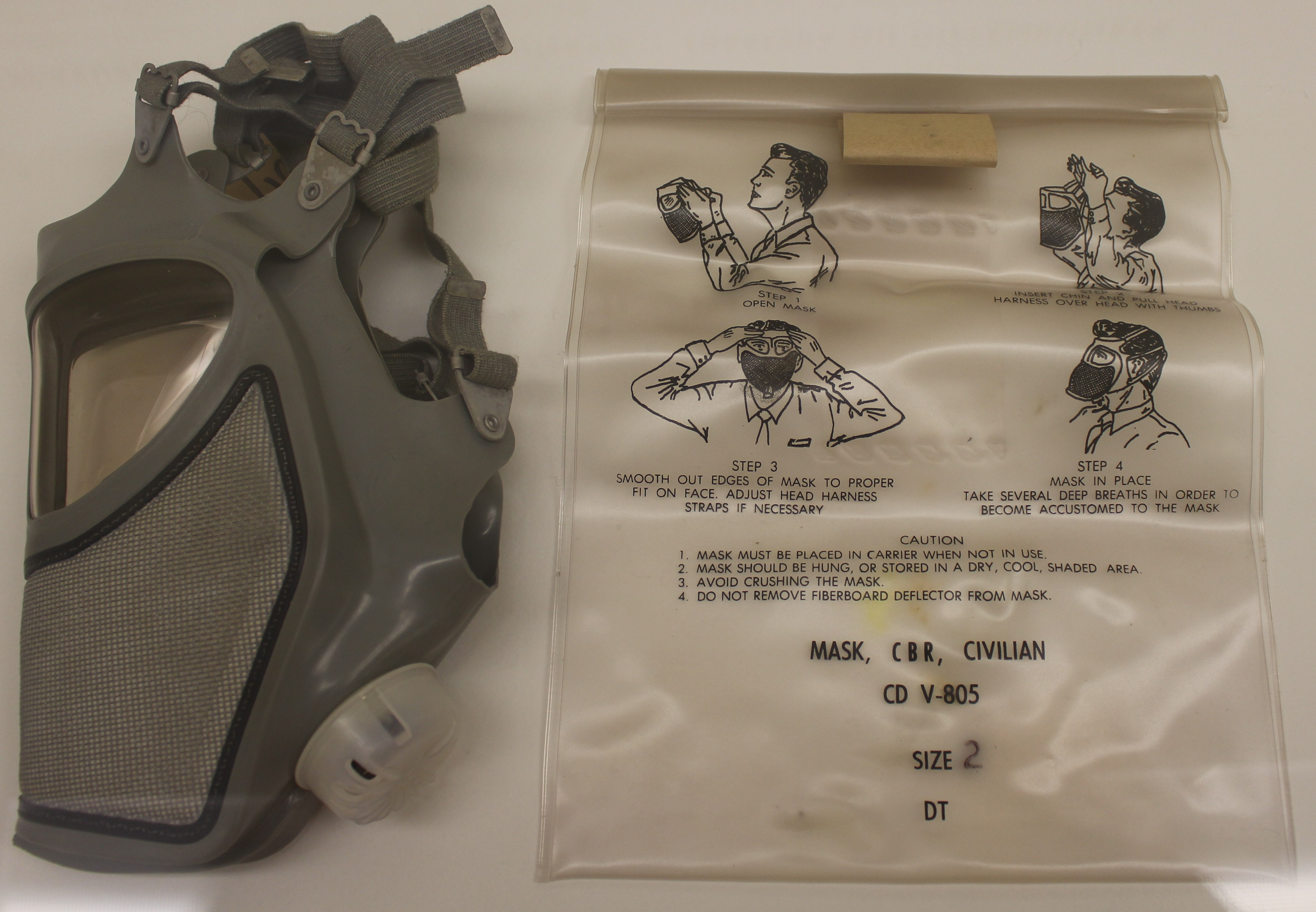 Civilian Gas Mask on display in “Radiation and You”

Alison said that one of her favourite parts of doing all the research and looking at the artifacts was the feeling of home. Her father was a military man and Alison said that she frequently came across artifacts that her father owned while she was growing. Finding a small flashlight in the artifact vault reminded her of the one her dad owned. It drives home how important preservation is, it bridges the gap between decades.
Alison’s time with the bunker has now ended but her exhibit, entitled “Radiation and You” will be on display until the end of February. Thank you for all your hard work Alison and good luck with your future in museums! We can’t wait to see what you do! 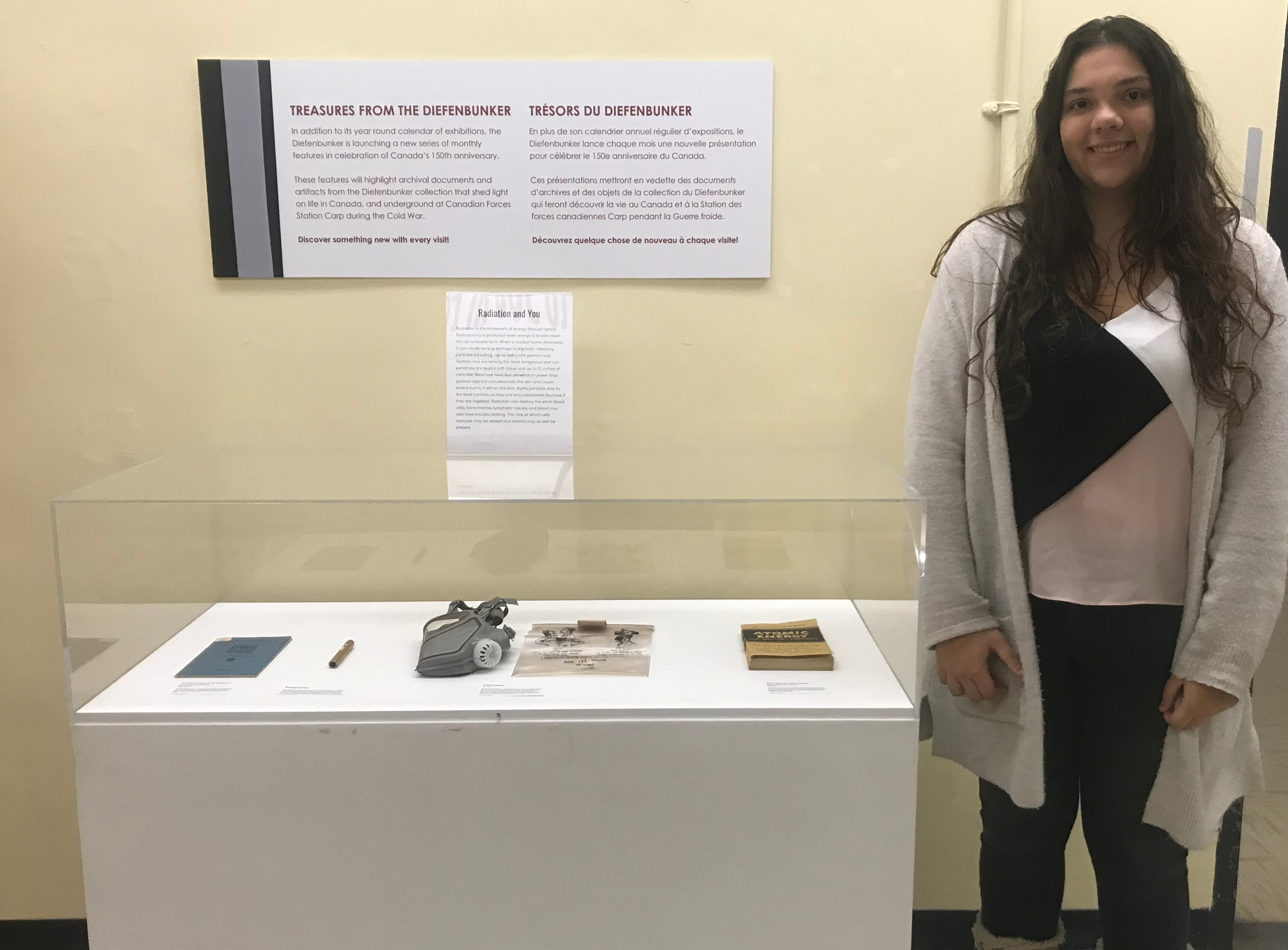