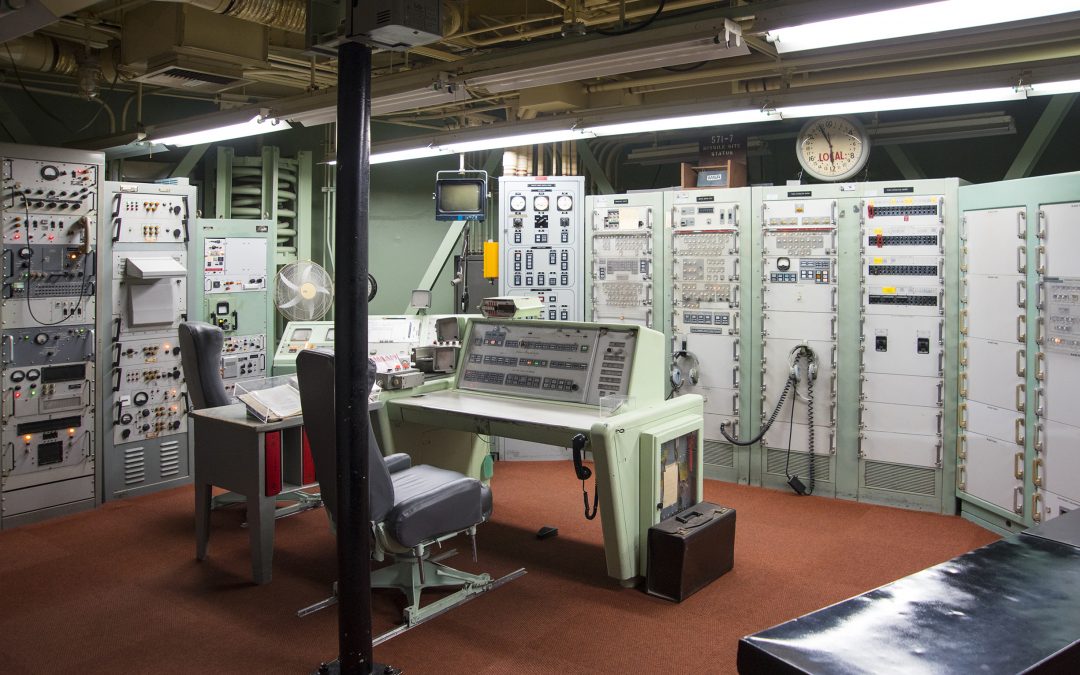 Written by Guest Blogger: Brett Leigh Dicks
It’s done – 62 matted and framed photographic prints have been packed into the back of a rented Dodge Grand Caravan for the twelve-day, 4.600 km trek to Ottawa, Canada.

On August 2 an exhibition of my photographs documenting abandoned nuclear missile bases – both here in the United States and in Eastern Europe – will open at the Diefenbunker: Canada’s Cold War Museum. Titled “Opposing Forces: Photographs of Decommissioned Nuclear Bases,” the 12 days of driving that lay ahead of us is nothing compared to an exhibition that has been 18 years in the making.
This entire endeavor actually started with a song. I was in Hamburg, Germany for an exhibition of my photographs at Die Galerie von Eduard Raab and as fate should have it Calexico was also in town. The beautifully eclectic Tucson-based band was on its Hot Rail Tour and had brought Mariachi Luz de Luna along for the ride.
[Video]
Fabrik was packed and about four or five songs into the set the band played a song off the new album. Over the top of the composition’s uneasily eerie soundscape came a swath of equally perturbing lyrics …
“Sonic Wind, honing in, on a tune that no one can hear. Perfect pitch, simple glitch, promises it would never appear,” sang Calexico frontman Joey Burns.
A subsequent discussion with Joey revealed the song was inspired by a decommissioned, but preserved Titan II ICBM installation that sits buried in the desert just south of Tucson. Previously oblivious to the nuclear arsenal that once ringed the city, this revelation sparked my curiosity.

What does America do with its nuclear missile once they have surpassed their use-by dates? And what of their Soviet counterparts?
My fascination with a four-minute song morphed into a 20-year project. Across the ensuing years I researched, hunted down, and photographed over 100 abandoned nuclear missile bases. The project has taken me across the United States and Eastern Europe upon multiple occasions, but it isn’t finished yet.
While the exhibition at the Diefenbunker will feature images from a range of different ballistic missile bases, the travels that will take me there will include visits to a variety of other decommission missile bases, Cold War installations, and nuclear-related sites.
In the coming weeks the Diefenbunker will be posting updates and images of this adventure. The exhibition is packed, the cameras are loaded, and we’re about to hit the road. Stay tuned …