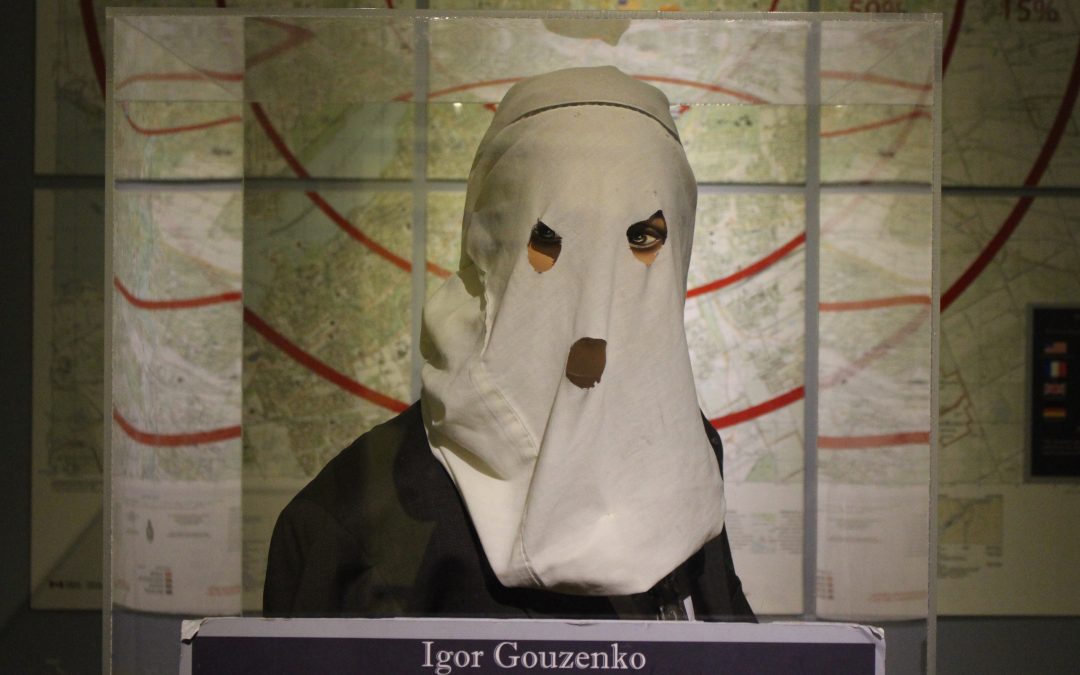 73 years ago this week, Igor Gouzenko, a cipher clerk for the Soviet Embassy to Canada defected from the USSR and revealed their secret agenda to the Canadian Government. His defection caused the arrest and conviction of 18 spies, broke up the alliance between Canada, the United States, Britain, and the USSR and, inevitably, started the Cold War. This is his story.

Gouzenko, born 1919 in Rogachev, Russia, was an intelligence officer working as a cipher clerk in Moscow. In 1943 he and his wife Svetlanna were ordered to move to Canada where he would work in the Soviet Embassy of Canada handling transmissions between Canada and Moscow.
Gouzenko’s doubt in the Soviet Government began when he learned the Soviet Embassy was being used to spy on their allies and that rumors of a war between the Soviets and the Western Power were beginning to circulate. This, combined with the freedom of Canadian life and a non-repressive government, caused doubts about his homeland but he kept these thoughts to himself.
In September of 1944, Gouzenko and his family were ordered back to Moscow. Gouzenko was scared. Why you might ask? Because he still had two years left on his stay in Canada. The only reason he would be called back was if he had done something wrong and if this was true, he was in trouble.
He managed to delay his return and after talking things over with Svetlana, Gouzenko decided they would defect from the USSR. He began copying and stealing papers from the embassy that would prove to the Canadian Government that the USSR was spying on them. On September 5th, 1945, almost a year after his recall, Gouzenko walked out of the Russian Embassy for the final time with the papers hidden inside his briefcase.
Gouzenko tried to go to the RCMP, the Ottawa Magistrate’s Court, the Minister of Justice, and the Ottawa Journal on September 6th for fear of being caught by the Soviets. They either did not believe him or were not available.
He went home that night and hid his wife and son in the apartment next door, where he watched as the NKVD raided the Gouzenkos’ apartment – only stopped by the Ottawa Police.
The justice department knew about their attempts at asylum and passed the information to Norman Robertson, Undersecretary of State for the Department of External Affairs, who then informed King. King was suspicious of Gouzenko and his papers. He was still under the assumption that the Soviets were their ally, not enemy. He also didn’t want to react and cause a split in the Canadian-Soviet relationship. However, after hearing from British and American representatives about their concerns, King summoned Gouzenko.
It wasn’t until September 7th that the Canadian government obtained the documents. They had only heard about what Gouzenko had been claiming up until this point. The papers Gouzenko brought were translated and revealed classified information. Gouzenko had been telling the truth. Gouzenko and his family were then taken into Protective Custody by the Canadian Government.
After finding out about the defection the USSR demanded that Gouzenko be released to them. The Canadian government responded, saying they didn’t know where he was. In reality, Gouzenko and his family had been moved to Camp X, a training facility for secret agents located in Whitby, Ontario. Gouzenko and his family remained there for 2 years, all the while under constant watch of the RCMP. The family was eventually given new identities and Canadian Citizenship. Although they were set free, Gouzenko spent the rest of his life in fear of Soviet assassination and under the watchful eyes of the RCMP.
Gouzenko passed away in June 25th 1982 after suffering from a heart attack. 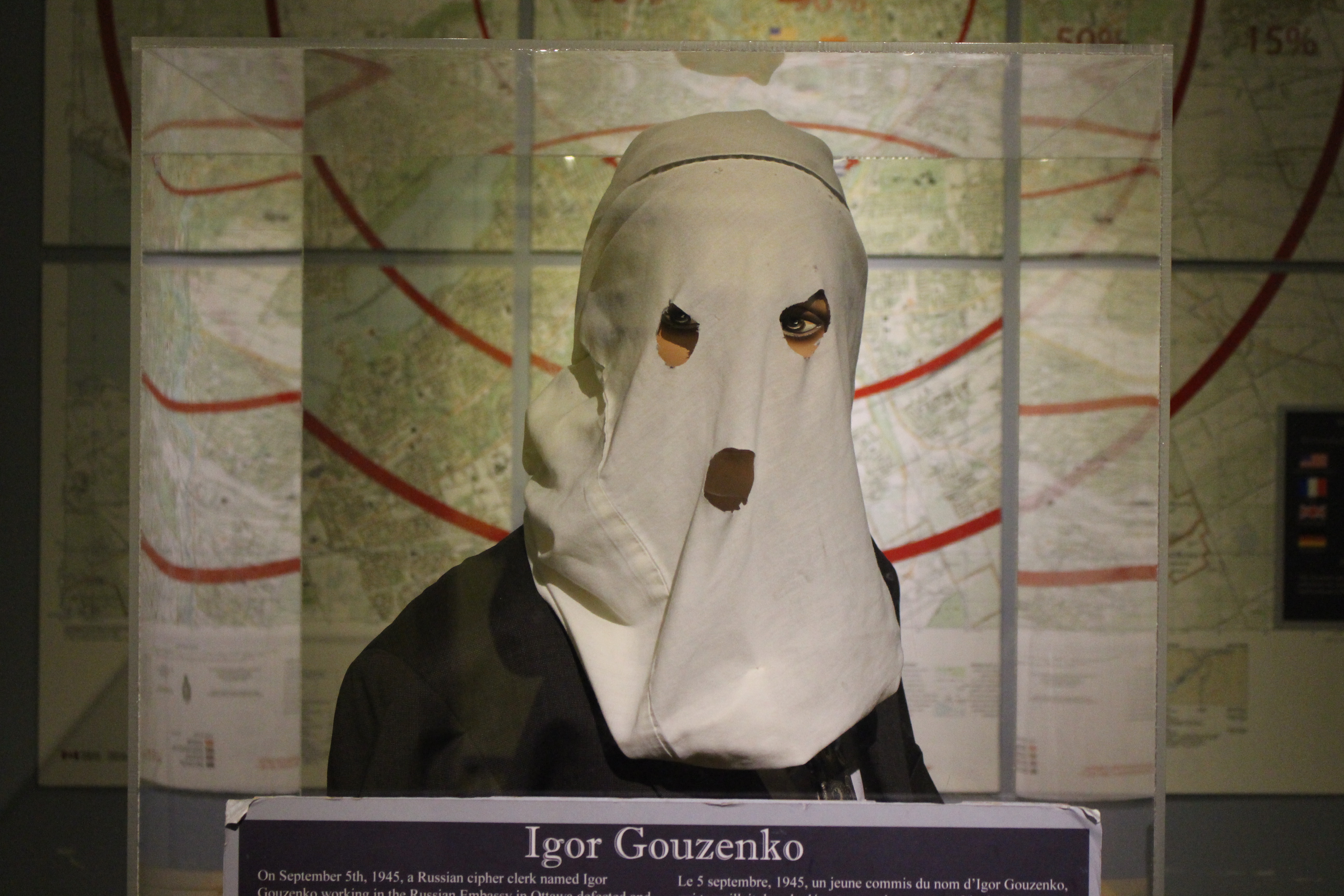 Photo: Gouzenko made a few public appearances after his defection. He would wear a hood similar to this in order to protect his identity. This mask is on display in the Diefenbunker Museum.