Gamma Gardens: The Garden of the Future

“I feel impelled to speak today in a language that in a sense is new – one which I, who have spent so much of my life in the military profession, would have preferred never to use.
That new language is the language of atomic warfare.”

These were the words President Dwight D. Eisenhower addressed the assembly with at the 470th Plenary Meeting of the United Nations on December 5th, 1953. It had been 8 years since the end of the Second World War and the nuclear age was very much in the present. This speech was intended to ignite hopes and fears in the general public about the nuclear future. Prior to 1953, many were not concerning themselves with it. Eisenhower’s speech caused peaceful uses of atomic energy to become an international effort. Not only did it bring the issues into the eyes of other countries, it took a topic that had been mostly “National Security” and brought it into the public eye. For the first time, the general public was informed about the possibility of nuclear crisis and given an opportunity to do something about it. 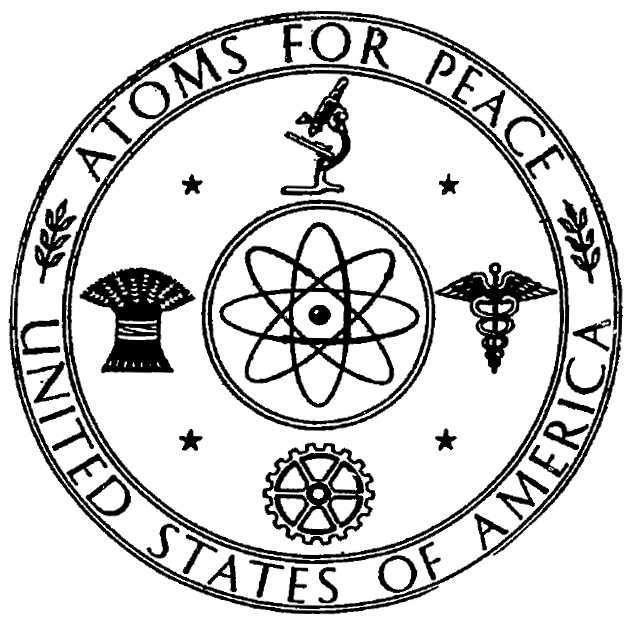 “Atoms for Peace” was one of the results of Eisenhower’s speech. The program allowed countries and civilians who had not had access to nuclear research, to possess nuclear technology. In an effort to aid in the “Atoms for Peace” program, the government began applying atomic science to fields such as agriculture. Thus, Gamma Gardens were born.
Gamma gardens used radiation in an attempt to genetically alter plants. The hope was that by altering their genetic makeup, these plants would be able to withstand harsh conditions and become more hearty. These gardens were planted in a circular “pie” shape with crops laid out in “rings” and species were planted in “pie slices”. In the centre of the field was a source of radiation – usually cobalt-60 – which would spray the field with gamma radiation for 20 hours a day. When it was time for personnel to examine the plants progression the radioactive isotope was lowered into a underground bunker that was usually lead lined in order to protect the researchers. The plants closest to the radiation were usually dead, stunted or horribly deformed from tumors. 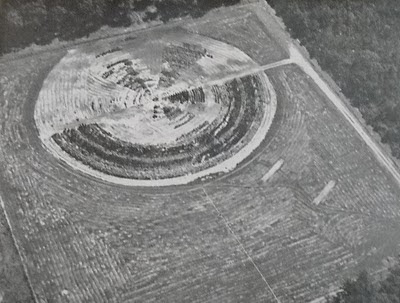 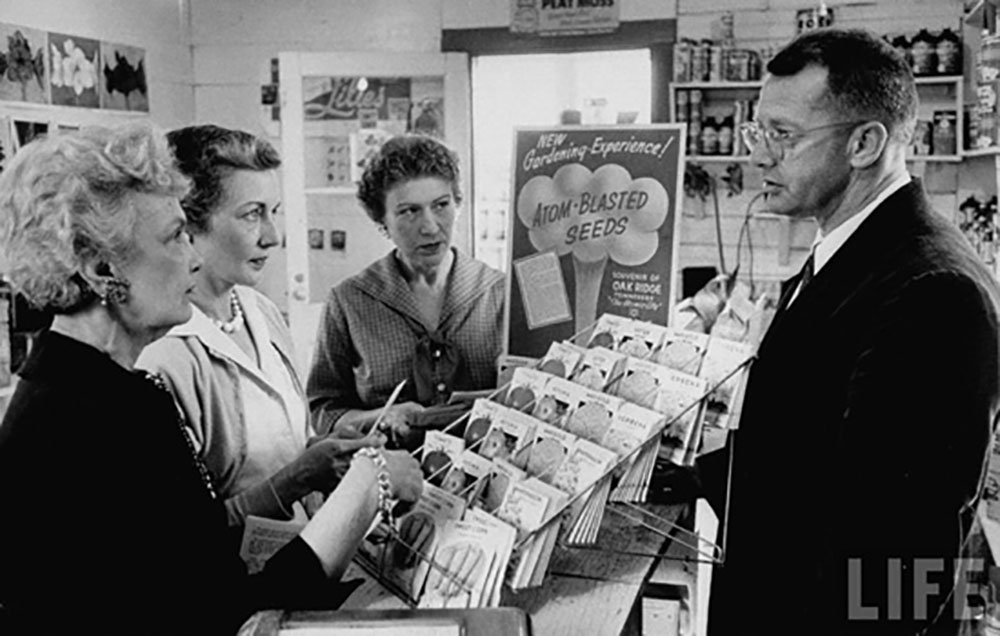 Atomic gardens began to grab the attention of home gardeners and caused many to plant their own “Gamma Gardens”. These were usually grown with irradiated seeds and marketed to housewives, encouraging many to start their own “atomic gardens”.

Despite what some may believe about gamma gardens, they did assist in producing many of the foods we consume today. Strains of rice, wheat, peas, sunflowers, grapefruits, peanuts, and peppermint are just a few examples of the many foods available today.
Gamma gardens still exist! The Institute of Radiation Breeding in Japan is one institution that is still utilizing the power of radiation. Just like the gamma gardens of the early 1950s, the one in Japan is “pie shaped” and broken in “pie slice” sections. Their garden stretches 300 feet across with 25 foot walls to contain excess radiation. They are currently researching methods to increase fungus resistance and strengthen colour in fruit. 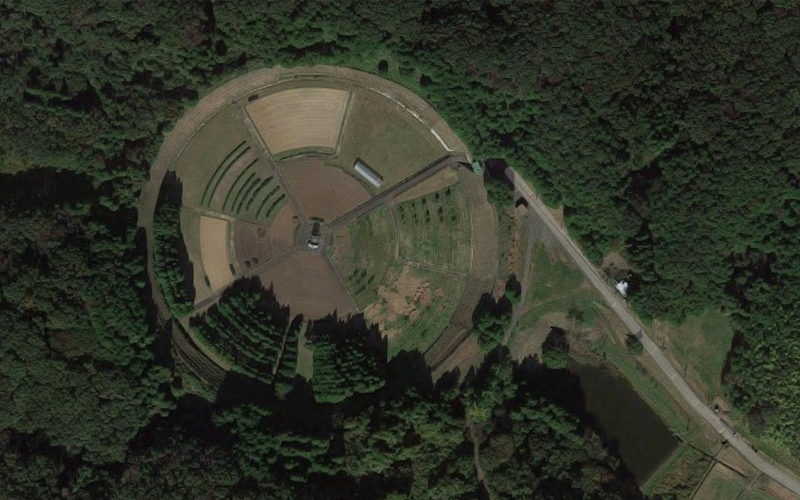 Institute of Radiation Breeding in Japan