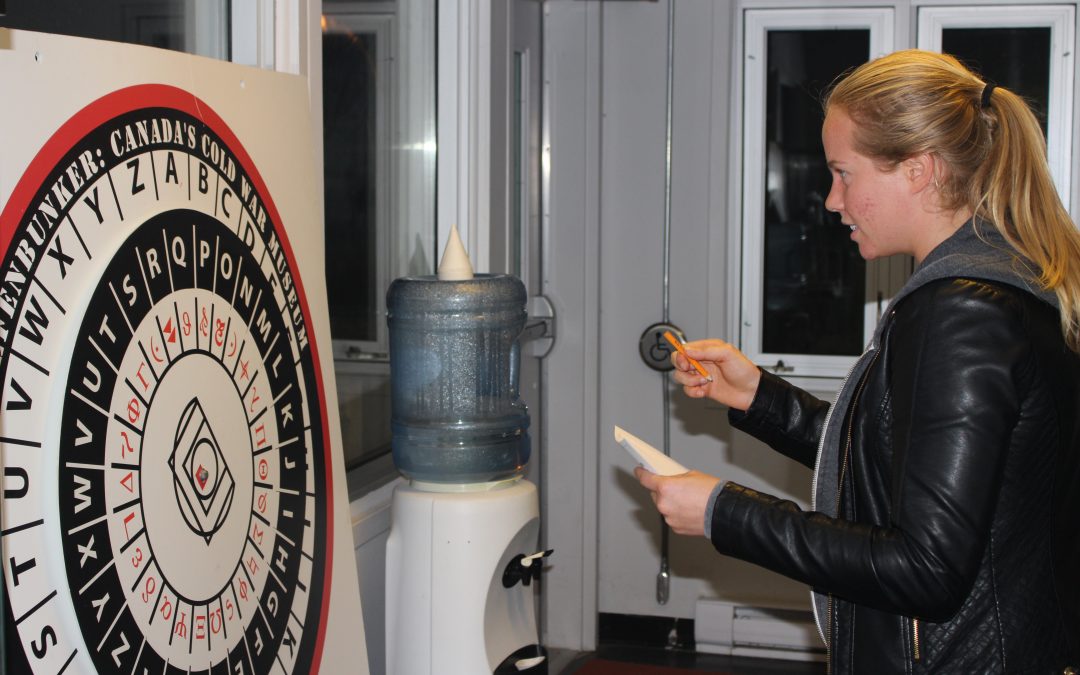 On Saturday, September 22, 2018, 64 Olympic athletes arrived at the Diefenbunker to compete in the Dash for Survival race in hopes of securing their place underground. Broken into teams of four the Olympians were tasked with following clues and completing tasks in a race for the finish line. The first team to arrive at the finish line won “a spot in the bunker in case of emergencies”. Not only were they racing against each other, but against the clock as well. Teams only had 2 hours to complete all the challenges and make it to the finish line. 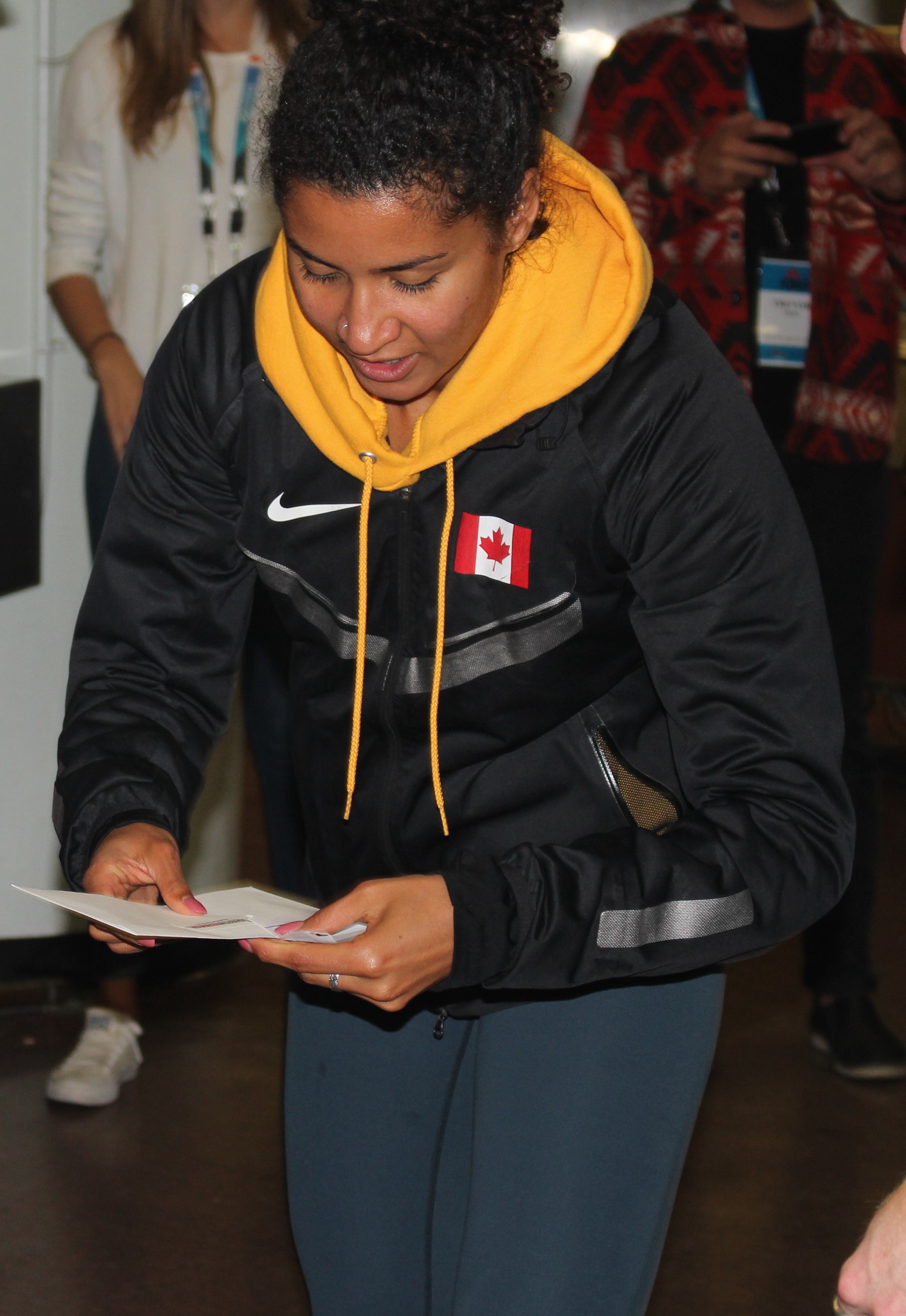 The race began in the cafeteria where they were given their first clue and tasked with searching in the dark for  certain items that would lead them to their next clue.
The first and second tasks were isolation challenges meaning only one team member was allowed to perform each task. Following the first task, the chosen racer then dashed to the nuclear family kitchen where he/she had to remember the ingredients on display. Located in another room in the bunker was a recipe for a classic dessert. Racers had to memorize the recipe, report back to the Nuclear Family Kitchen, and tell the staff member what items were missing from the recipe. Only once they had listed all missing items were they given their next clue. 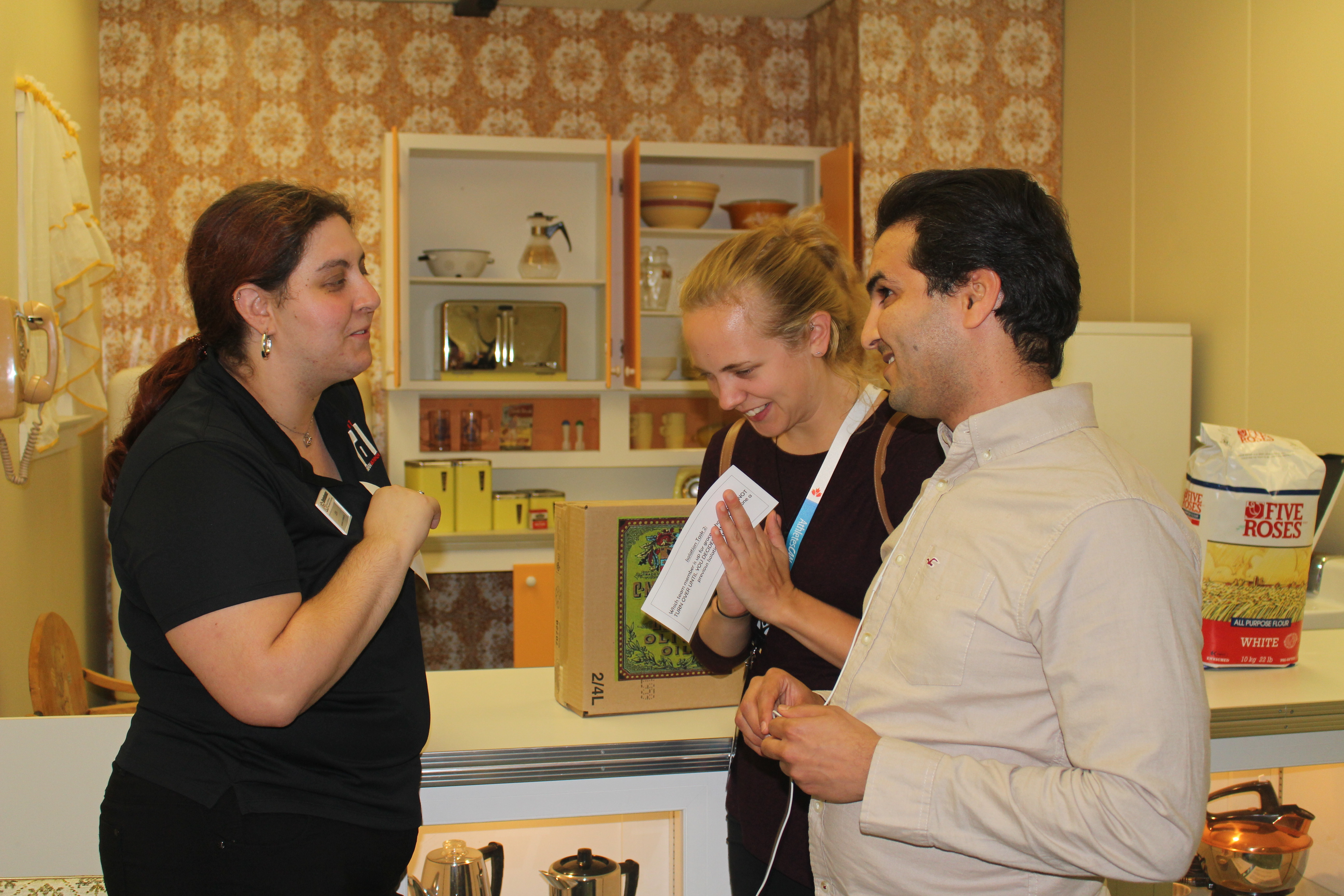 Teams then sprinted across the bunker to the model room where they had to complete as a team a Security Check Point. They were given the option between completing a timeline and performing a speech. 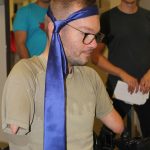 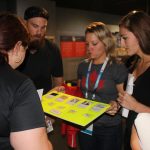 Once given approval on completing the challenge their next clue led them to the blast tunnel where one team member had to run up and down the tunnel collecting information about a person in Canadian history. Using the information located at the end of the tunnel, they had to correctly fill in the blanks. However, not all information provided was correct and the challenge became identifying the correct information. 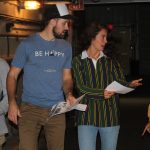 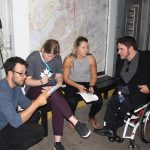 Once the biography was completed teams were led to the next Security Check Point where the racers had to work together to either spot the difference or replicate a display. 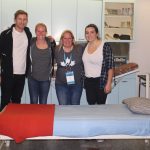 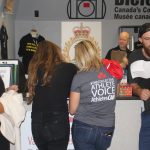 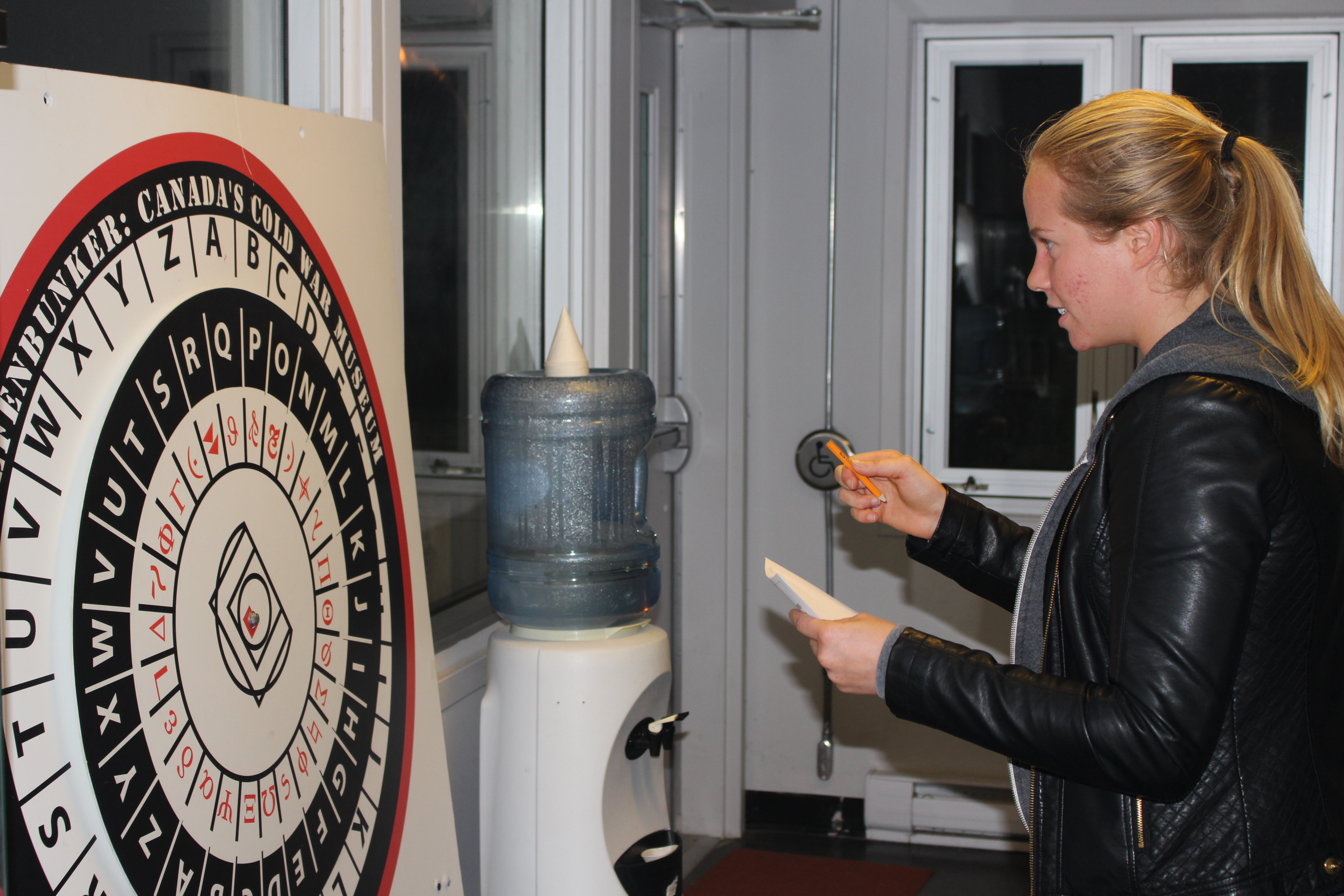 All teams raced valiantly but only one team was named a winner and awarded their “spots” underground. Out of the 16 teams, 6 finished the race with the first-place team finishing only seconds before another. 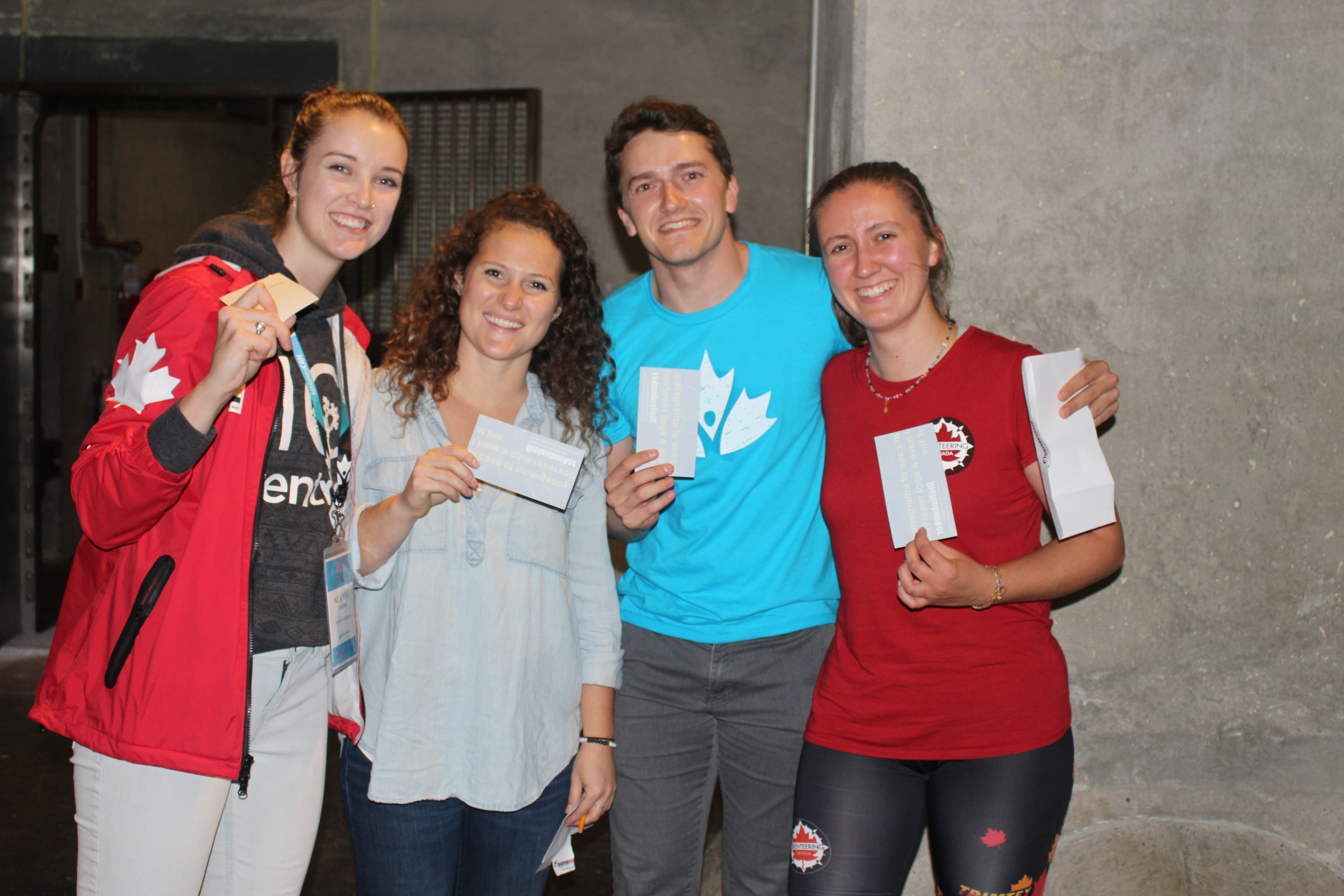 We would like to thank all participants for coming and having great attitudes throughout the entire race! We would also like to thank AthletesCAN and Yellow House Events for choosing us as their final stop on their tour! We hope everyone enjoyed themselves and learned a little along the way. 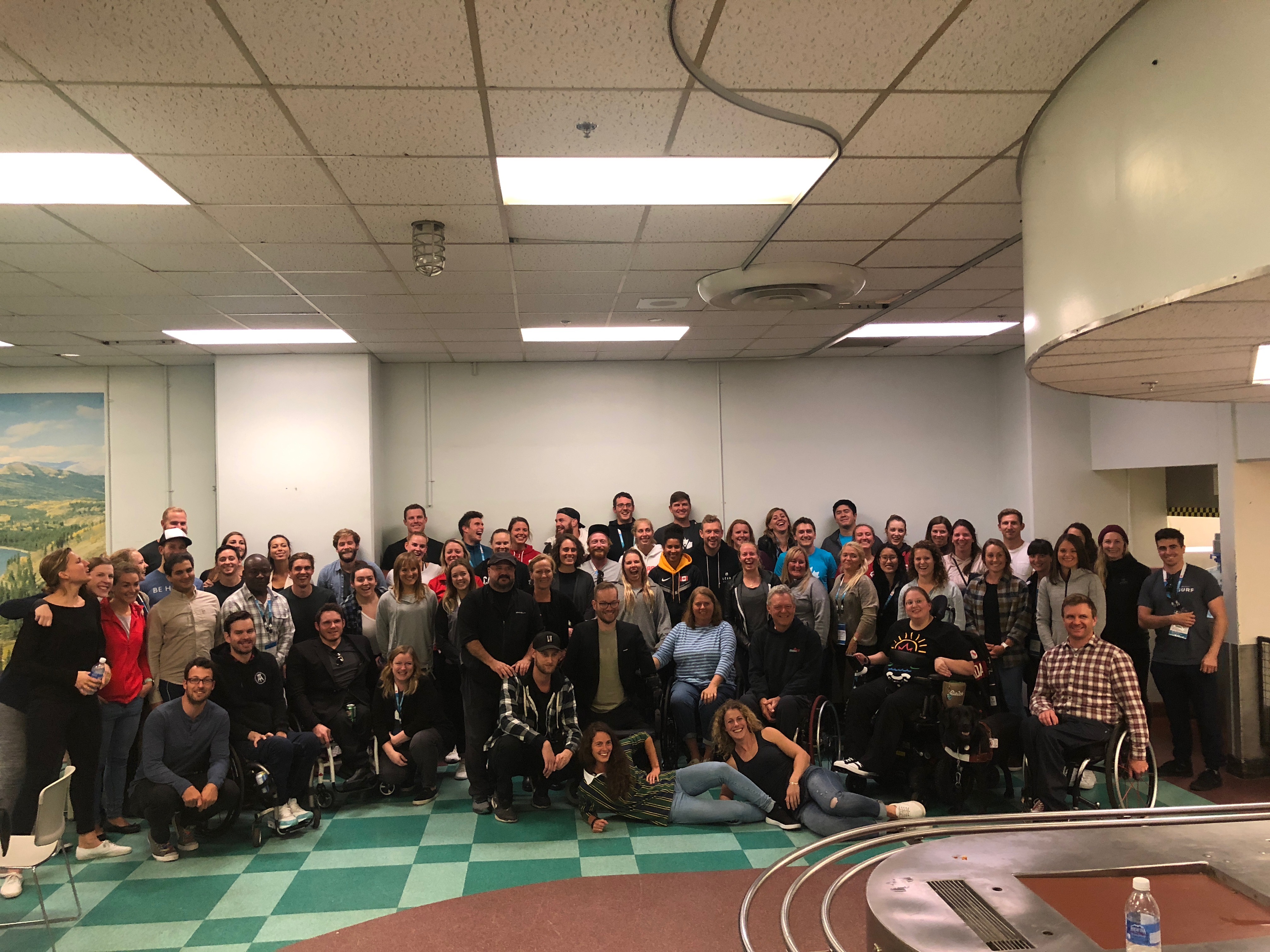