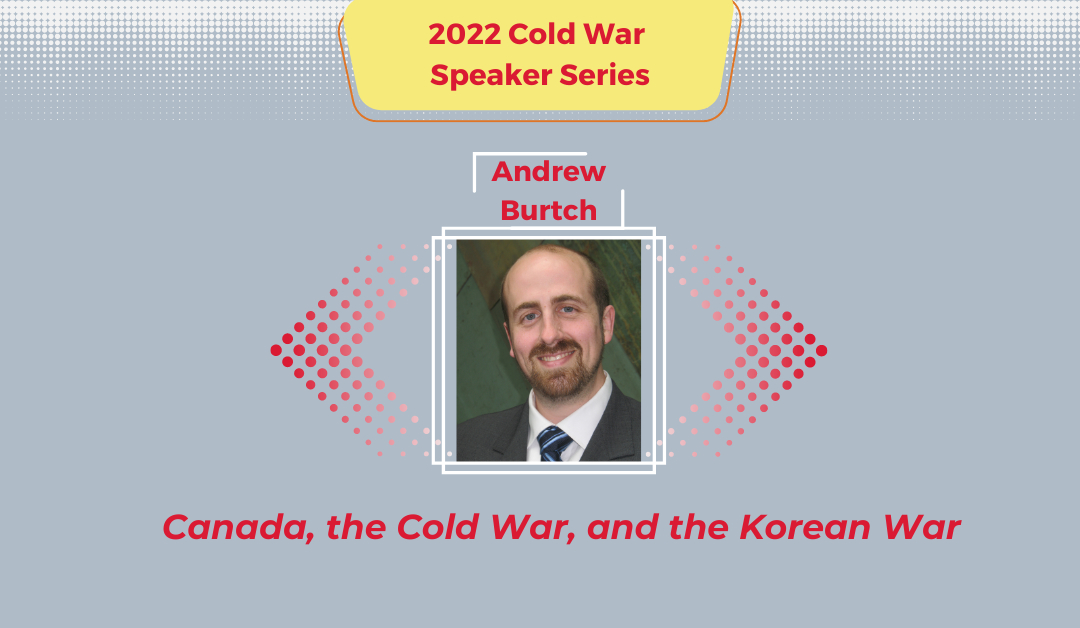 On November 17, 2022, we held the final session in our 2022 Cold War Speaker Series, where we were delighted to welcome Dr. Andrew Burtch, the Canadian War Museum’s post-1945 Historian and Carleton University’s Adjunct Research Professor. Dr. Burtch presented his topic, Canada, the Cold War and the Korean War, where he discussed the history of the Korean War, its place within Canada, and its role as a catalyst for a new and ominous phase of the Cold War. 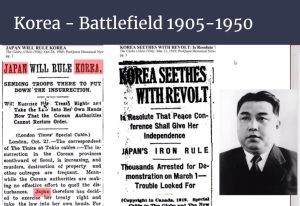 In 1905, the Korean Empire was placed under the control of the Empire of Japan through what is known as the Eulsa Treaty. These negotiations were finalized in 1910 and, as a result of the implementation of Japanese government, politics, and economy, the Korean kingdom, language, and culture was at risk. Korea was ultimately annexed in 1910 and this geopolitically-strategic peninsular kingdom was considered to be part of Japan for 35 years.

The Japanese defeat in the Second World War brought an end to its control of the Korean Peninsula, which subsequently got divided between North and South Korea in 1945 as ordered by the Soviet Union and the United States. As a result, major conflict arose between the Democratic People’s Republic of Korea (North Korea) and the Republic of Korea (South Korea), which reached international proportions. The Soviets, alongside the People’s Republic of China, supplied North Korea with armaments and advised them to invade the South, while the United Nations, in conjunction with the United States, sided with South Korea. The Korean War started on June 25, 1950 when North Korea invaded South Korea with aims of unifying Korea under the communist North Korean regime.

Canada in the Korean War 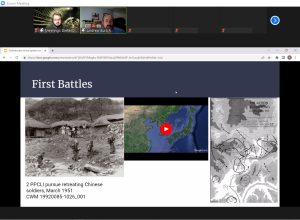 Canada’s involvement in the Korean War commenced in the summer of 1950 when Canadian troops served alongside the Republic of Korea. Canadians continued to do so during the combat phase of the war through to the peacekeeping operations thereafter. The first deployment that Canadians had to the Korean Peninsula was a naval deployment of three ships. However, this war was a crisis that required a more sizable investment. Given this, Dr. Burtch explained how individuals who had been impacted by the Second World War volunteered to serve in a newly created Canadian Army Special Force, known as the 25th Canadian Infantry Brigade Group. Many of these Canadian troops were part of the 2nd Battalion, Princess Patricia’s Canadian Light Infantry (PPCLI), and were among the first to depart for Korea in December of 1950. 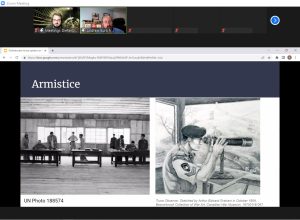 Following their departure, Canadian troops fought in the Battle of Kapyong for two days in April of 1951 against the Chinese fifth offensive. This was one of the most significant forefronts and was the last large push from Chinese forces against the United Nations. Canadian defenses were tested again in November of 1951 at the Battle of Hill 355. Both of these battles involved heavy infantry and assaults, but, in the end, Canadians did emerge victorious, though not without great loss. Canada’s involvement in combat during the Korean War continued through to 1953 when the armistice, an agreement between waging parties to stop fighting, was signed.

The Cold War and the Korean War 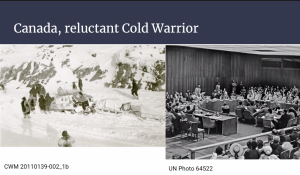 The Korean War was important in the development of the Cold War, as it showcased two powerhouses — the United States and the Soviet Union. With the growing superpower competition out of the Korean War, arguably, for Canada, the Cold War began during the Korean War.

It was during the Korean War where the United States and the Soviet Union fought a proxy war for the first time, ultimately marking it as the first major conflict in the Cold War. A proxy war is an armed conflict between third parties who intervene indirectly in a pre-existing war in order to influence the strategic outcome of its preferred faction. This strategy quickly became a feature for other Cold War conflicts.

Given this reality, with the Western world shifting their attention to the nuclear arms race of the Cold War, the great suffering among Koreans and Canadian troops that occurred before, during, and after the Korean War was conceivably overlooked. The overall goal of creating a Korea that was independent from Japan was overshadowed by the two powerhouses and, as a result, it became known as the Forgotten War. People were beginning to lose sight of the fact that it was Korea’s war, while Koreans continued to feel its devastating social and political impacts. It is historians like Dr. Andrew Burtch who work hard at researching and communicating the realities of this critical period in recent world history. 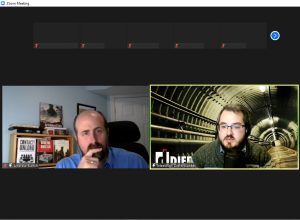 Thank you Dr. Andrew Burtch for your insightful and thought-provoking discussion on Canada, the Cold War, and the Korean War. If you would like to read more of Dr. Burtch’s work, you can view a list of select publications on his profile with Carleton University. Here you can find his book Give me Shelter, which has been used extensively for research purposes at the Diefenbunker. You can also access several of Dr. Burtch’s publishings in the National Post and the Canadian Military History journal.

Stay tuned for upcoming exhibitions on these topics at the Canadian War Museum!