Artifact of the Month: Geiger Counter 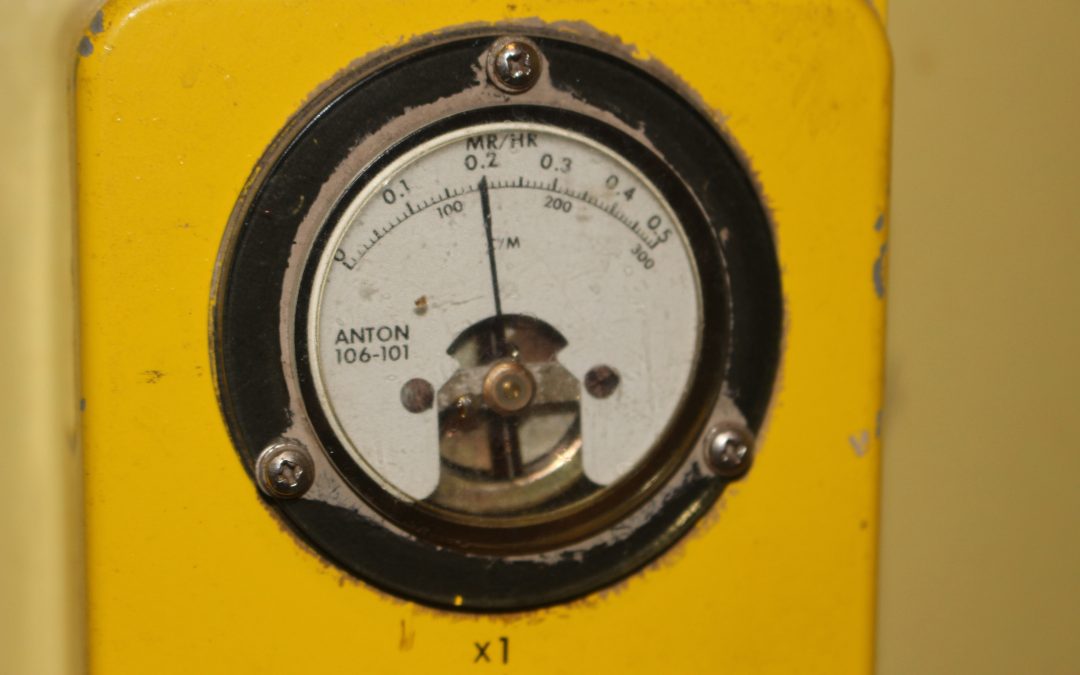 We are introducing a new segment to our blog: Artifact of the Month!
January’s artifact of the month features the decontamination showers Geiger counter. Imagine this: 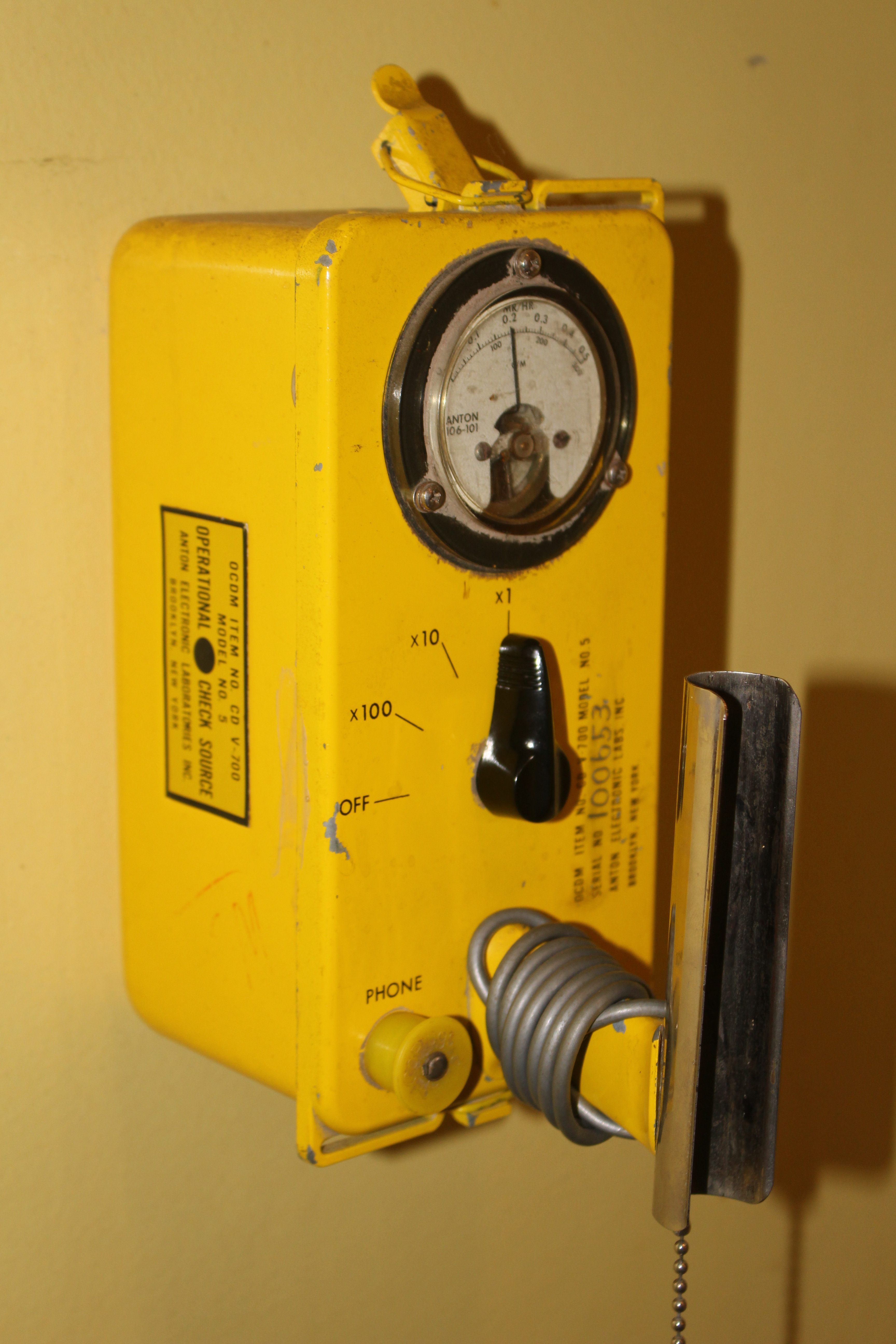 Canada has been hit by a nuclear attack.
You are one of the 535 people designated to enter the bunker in case of nuclear war. As you and hundreds of others file in through the blast tunnel you are lined up outside a yellow hallway and told you’re taking a shower. You enter the decontamination showers for your first of what may be many scrub downs. You’re told your first shower will be with your clothes on and that you are not to “dust” yourself off. Any dust or debris on your clothes could become airborne and spread to others, causing them or yourself to breathe in radioactive material. Your second shower is taken as normal with hot water and LOTS of soap. Your contaminated clothes have now been disposed of, thrown down a chute which leads in a lead-lined box. These clothes will be disposed of later by men in protective gear. 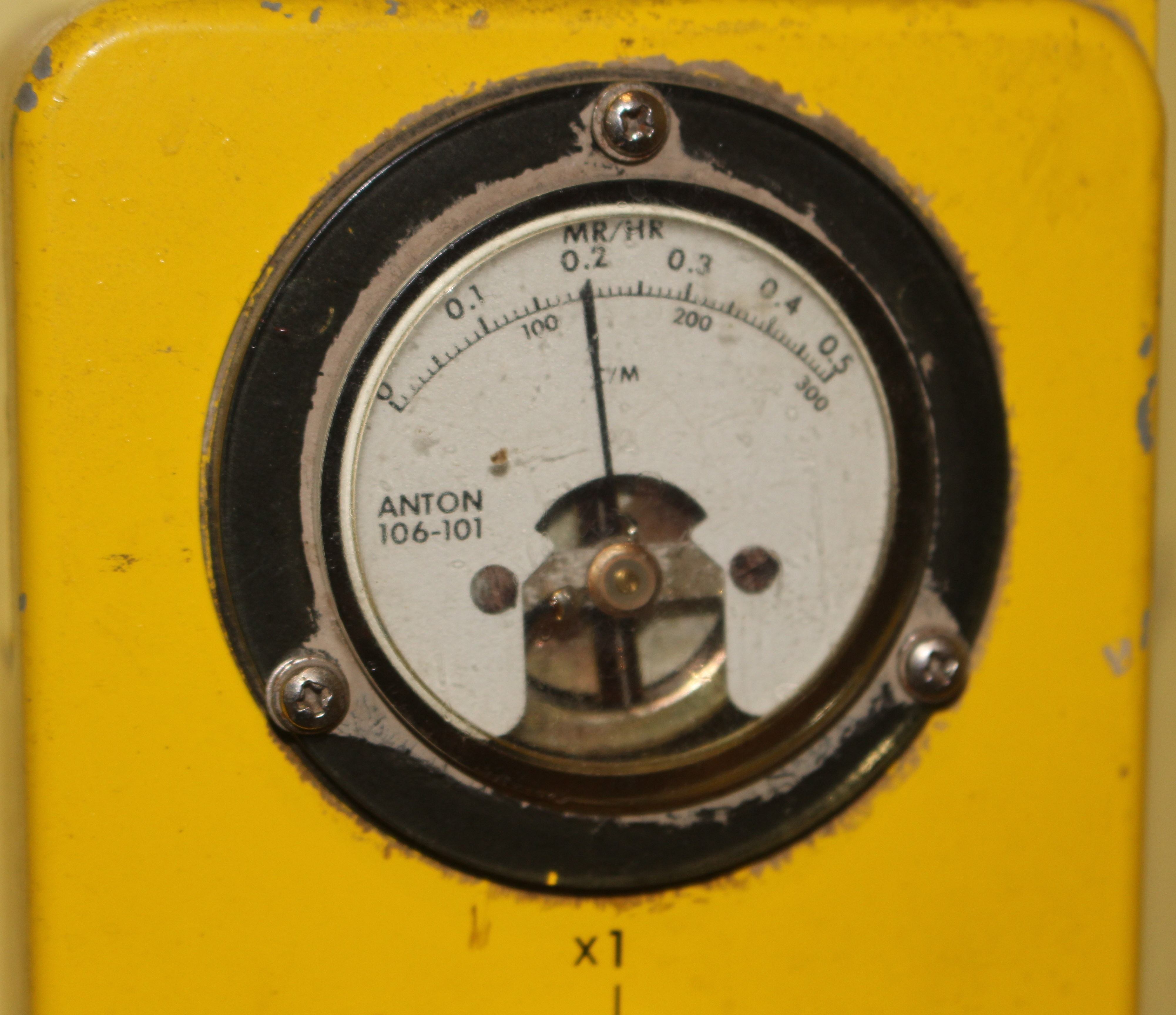 Once you have showered you are brought in front of a man with a small yellow device in his hands. This is a Geiger counter and it is about to reveal your fate. The Geiger counter was first introduced in 1908 by German physicist Johannes Wilhelm “Hans” Geiger. It is a device designed to detect levels of radiation.

The Geiger counter came into being through the Geiger-Marsden experiment. This experiment was undertaken by Geiger and Ernest Marden under the supervision of Ernest Rutherford in the Physical Laboratories at the University of Manchester. The purpose of the experiment was to determine the charge-to-mass ratio in alpha particles. However, in order to do so, Rutherford first needed to measure the number of alpha particles being giving off from his sample of radium. Geiger and Rutherford created a small device with a glass tube and two electrodes. Every time an alpha particle passed through the tube it would set off a pulse of electricity that could be counted. This is the earliest version of the Geiger Counter. Similar to the first counter, this one measures the amount of gamma radiation coming off an object or body.
The man in front of you waves the silver detector wand over your body assessing your radiation levels. If your levels are too high, you’re going to take a shower 5-6 more times. If you don’t pass the test after 5-6 more showers your final destination is the isolation room down the hall from the Medical Centre where you will be housed for 3 days and then tested again.

Luckily, this Geiger Counter never needed to be used. Instead, it sits on the wall of the decontamination showers as a reminder of what could have been. 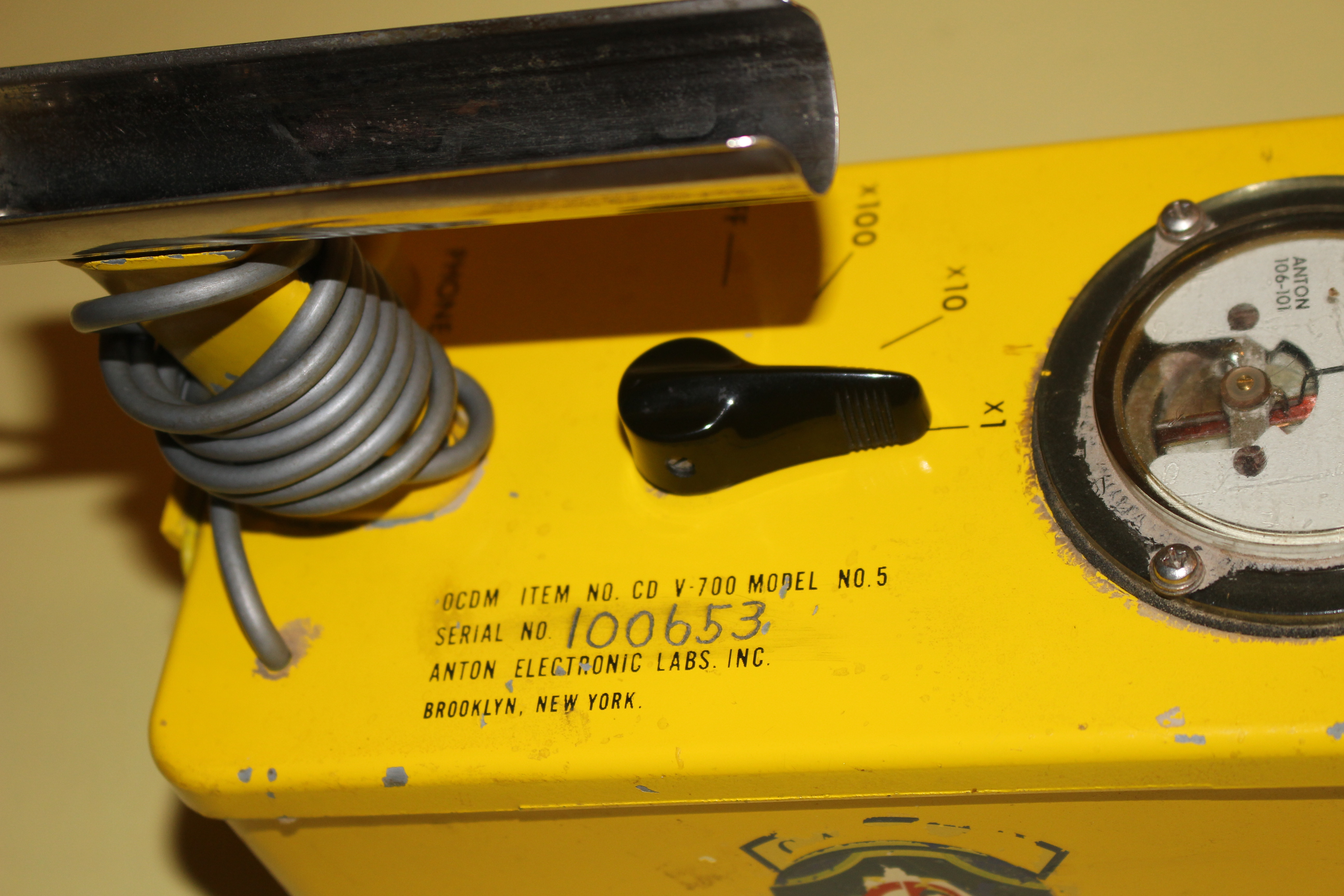 Below is a photo taken from the Civil Defense Museum’s website, depicting the different models of Geiger Counters. For more information please visit their website.