Duck and Cover: How one desk could save your life

On August 29, 1949, the Soviet Union detonated their first nuclear weapon, bringing them into the nuclear arms race that defined the Cold War era. This moment in history brought Cold War anxieties to the forefront in the United States – they were no longer the only super power with nuclear technology. For the first time the United States viewed their atomic bomb not as something to be used on someone else, but something that could be used against them. 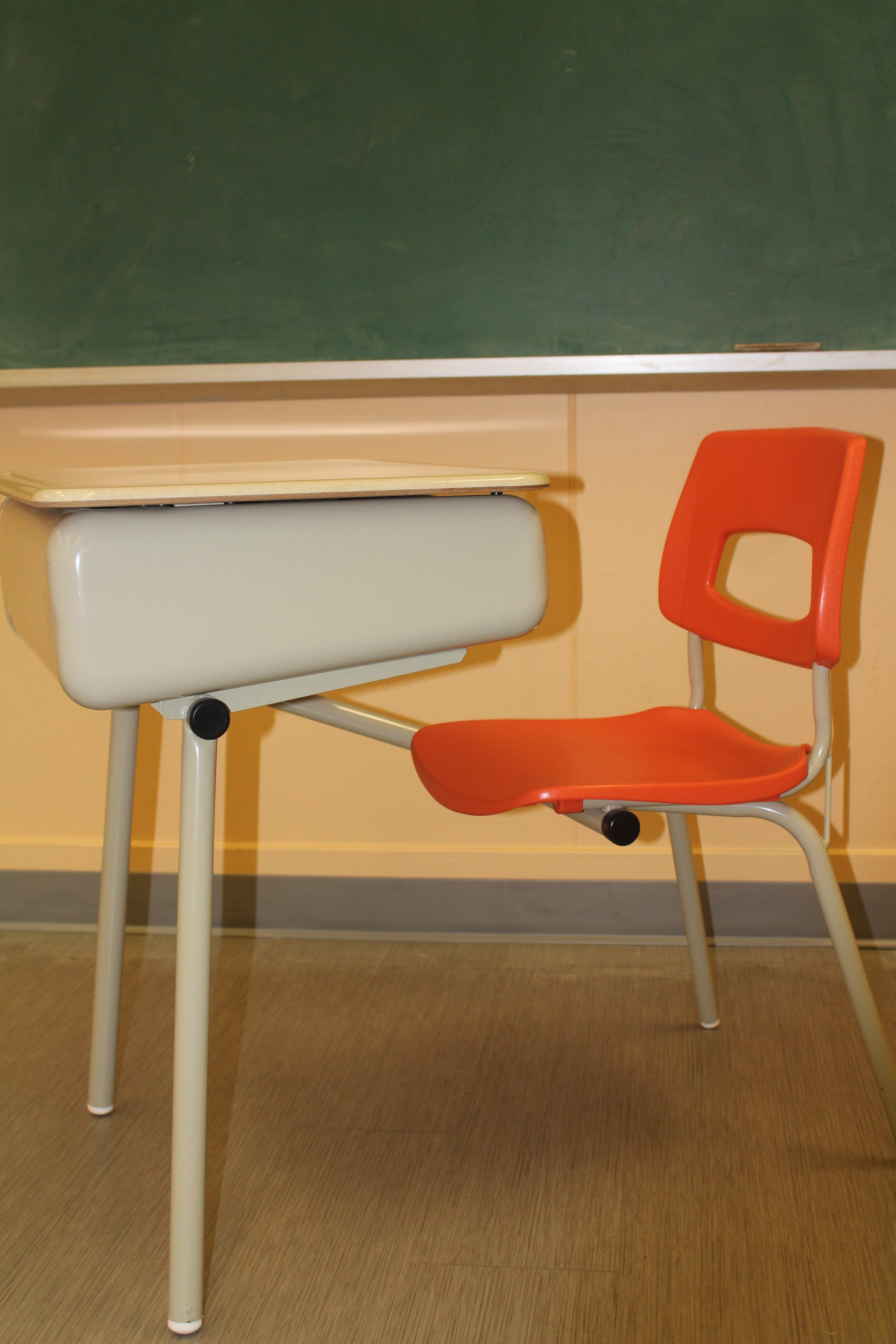 You may be wondering what a simple school desk has to do with nuclear war. Quite a lot actually. For many this desk conjures memories of boring lectures, school assignments, and the dreaded final exam. But for those who were in school during the 50s onward, it represented survival.

With the conclusion of the Second World War, world powers began turning their focus towards the future. Tensions between the USSR and the United States were rising, and with them the threat of nuclear war. In the early 1950s, President Harry Truman implemented the Federal Civil Defense Administration (FCDA) school drills. Their purpose was to education students and the general public about what could be done to protect themselves in case of an attack. Their solution presented to the public was “Duck and Cover.”

Duck and Cover is a short film that was introduced into classrooms in 1951. This child friendly film created by Archer productions was a project funded by the FCDA in order to better educate children on what they can do in case of an attack. Duck and Cover features “Bert the Turtle” an alert little turtle that when confronted with danger, “ducks” (drops to the ground) and “covers” (finds shelter). The whole premise was to teach kids that in case of an attack they could do the same: get low and find shelter. In classrooms across North America this film was shown to children and replicated in the classroom. They were taught to get under their desks for shelter and cover the backs of their heads and necks.

Would this really save me?

Mocking the simplicity of the duck and cover videos is easy. After all, how well is ducking under a desk really going to save you?

After the bombing of Hiroshima and Nagasaki in 1945, a team of American doctors were sent over to study the effects of radiation on survivors. The project is considered highly controversial, considering the reason they were there was not to treat patients but to study them.

One question in particular that continually got asked was “where were you at the moment of detonation?” The researchers found that those who had been sheltered had survived and appeared to be in better health than those who weren’t. in fact, something as simple as standing behind a tree or being in the water made a small difference in the effects to the body.

The Duck and Cover videos weren’t far off with their safety instructions. The intent was to maximize the chances of survival. If ducking under a desk and covering your head could do that, then why not. The purpose of these videos was also to educate the public, not frighten them. By giving people something, they can actually do that will increase their chance of survival, the government was giving people control over their fate.

This simple school desk just seems like any other you might find across the country, but it is so much more than that. For some, it could have meant the difference between life and death. We’re so lucky we’ll never have to know.