The History of the Cherry Blossom Empire 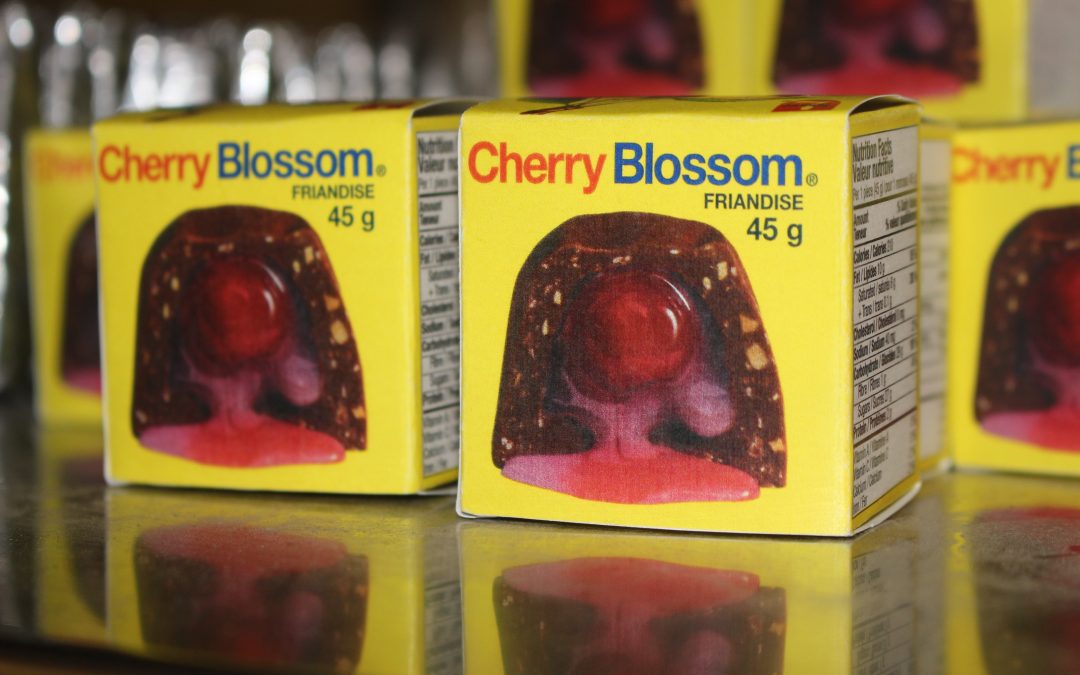 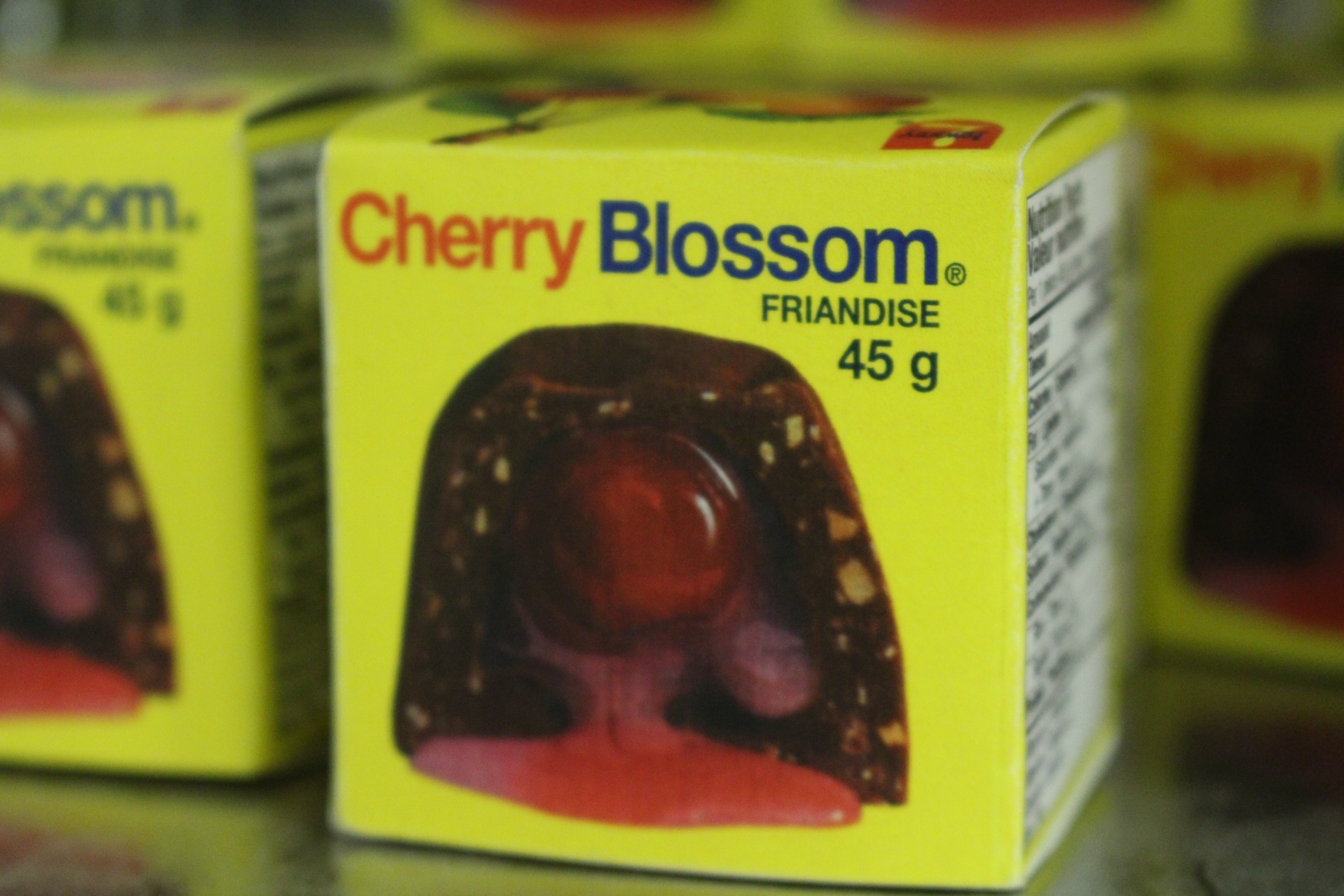 While scrolling through twitter this month I came across a thread that sparked some interest. A twitter user that we follow named Andrew King @twitandrewking had done some background research on Cherry Blossom candies. Like all Canadians, I recognized the candy but didn’t think much of it, after all, not many people really like Cherry Blossoms, and I myself have never tried one. I read some of Andrew’s tweets and enjoyed learning the history and then continued to scroll on. Flash forward a couple days and I find myself working in CANEX on the 200 level of the museum. For those who don’t know, CANEX is a display we currently have up that has recreated our CANEX or canteen to what it would have looked like back in the mid 70s (this was done because the majority of popular brands we recognize today were released in Canada during the mid 70s). As I’m looking around the room, I noticed something familiar. On the top shelf, underneath the 50 year old Ginger Ale bottles, to the right of the giant Hershey’s bars and left of the smarties, is a stack of Cherry Blossom candies.
Unchanged for the last 40 years the packaging stares back at me as if to say: write about me. And so, thanks to Andrew King’s inspiring tweets and whoever placed those Cherry Blossom candies in CANEX, I give you, The History of the Cherry Blossom Empire. 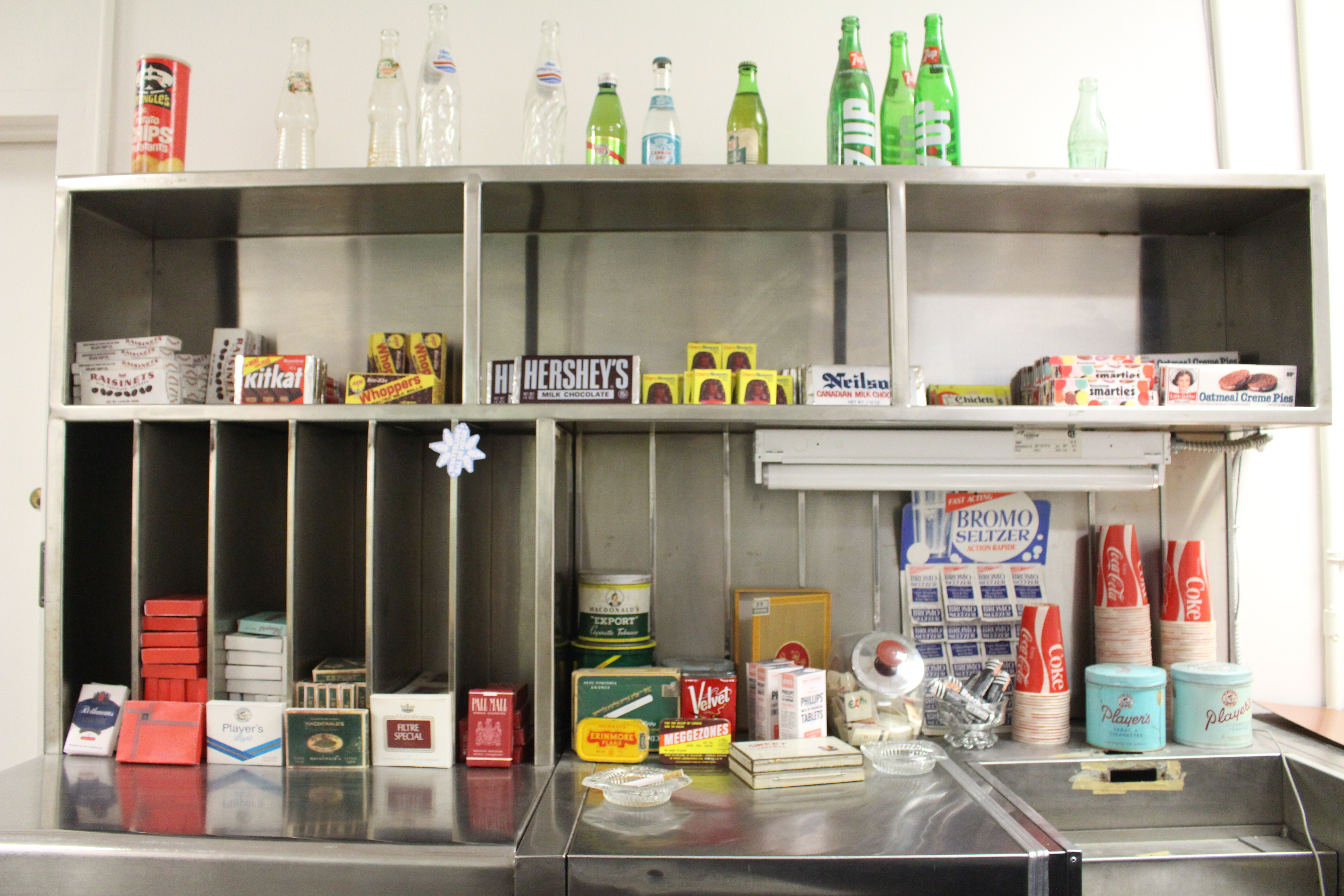 In 1883 in Boston Massachusetts the Walter M. Lowney company was founded by its owner and namesake Walter M. Lowney. A prominent man in the small town of Mansfield, Massachusetts, Lowney not only opened his famous candy factory, but was also heavily involved in the development of the town. Lowney sponsored the Mansfield Boys Club, and was behind the building of the finest hotel in town, the bank, and other prominent houses in the Mansfield area. He was the kind of benefactor that allowed his town to grow.
At this point you may be wondering why such an iconic Canadian candy has such an American past, let me tell you!
Lowney’s company was growing and selling more than just chocolate. Lowney manufactured other kinds of candies as well as produced memorabilia and even at one time a cookbook! In the mid 1890s a branch of the company was opened in Canada and by 1905, they had a factory operating out of Montreal. Lowney’s company continued to grow as the 20th century progressed and with it so did the Cherry Blossom. Despite popular belief, the liquid inside the Cherry Blossom is not injected. The cherries are encased in the chocolate with a layer of enzyme invertase. This layer then sits on the cherries for a week or two and then turns into a liquid.
One of the best known of his factories in our area was the Hershey factory in Smiths Falls. Sometime in the mid 20th century Hershey bought out the Smiths Falls branch and began manufacturing the Cherry Blossoms as a subsidiary brand. This factory remained open under Hershy for 45 years until they closed their doors in 2008, ending Smiths Falls reign as the Chocolate Capital of ON. 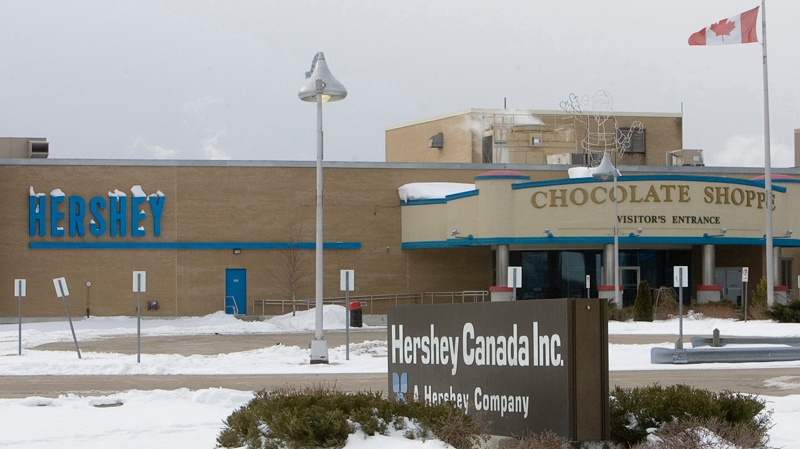 Despite the longstanding history surrounding the Cherry Blossom candy, Walter Lowney passed away quite early on in its history. On April 25th 1921, he died from heart disease at the age of 65.
Regardless of whether you like the Cherry Blossom or not, it cannot be denied that this cherry chocolate treat has managed to stand the test of time. Even today, Cherry Blossoms can be found in Grocery stores, dollar stores, and gas stations across the country, recognizable by their consistently unchanged brand. 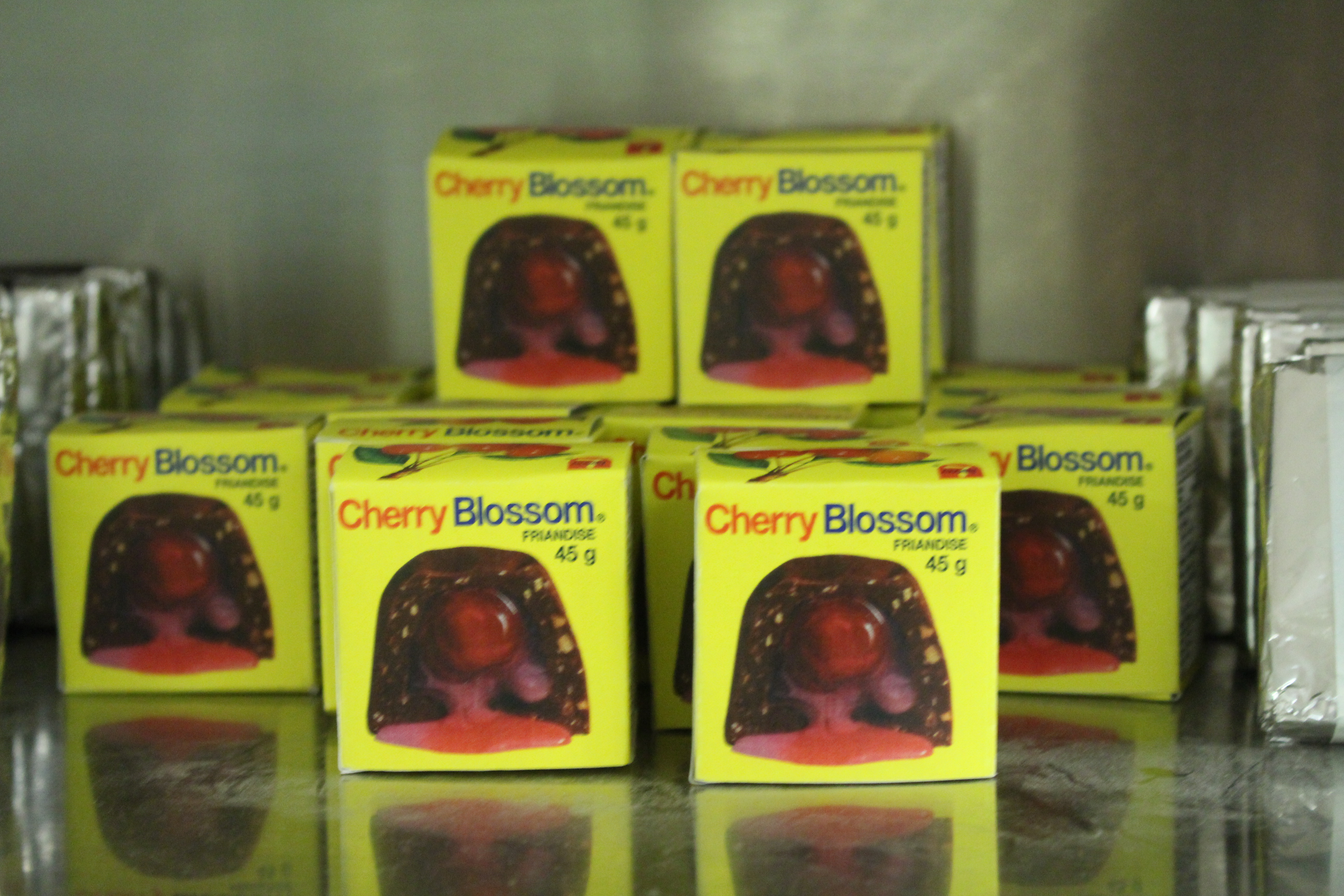