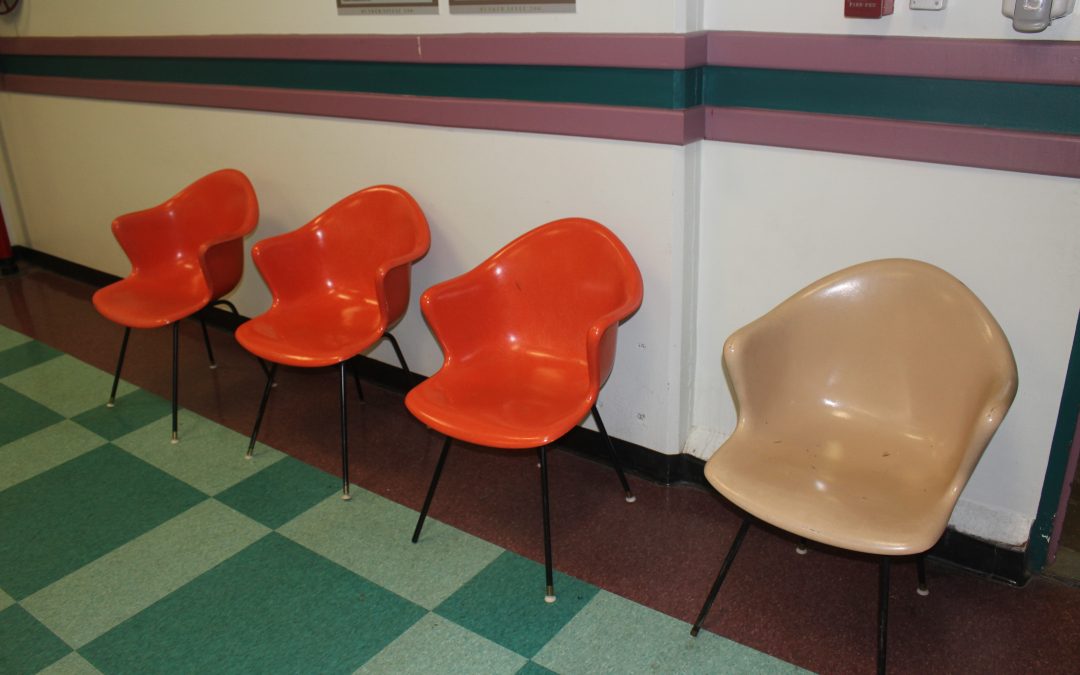 Written by: Mat Dunne
Are you tired of re-upholstering your old dingy couch? Are you fed up with bleh designs and mute colour patterns for your furniture? Are you looking for a non-flammable piece of military grade fiberglass to park yourself in? Well then, look no further than the Eames Chair. 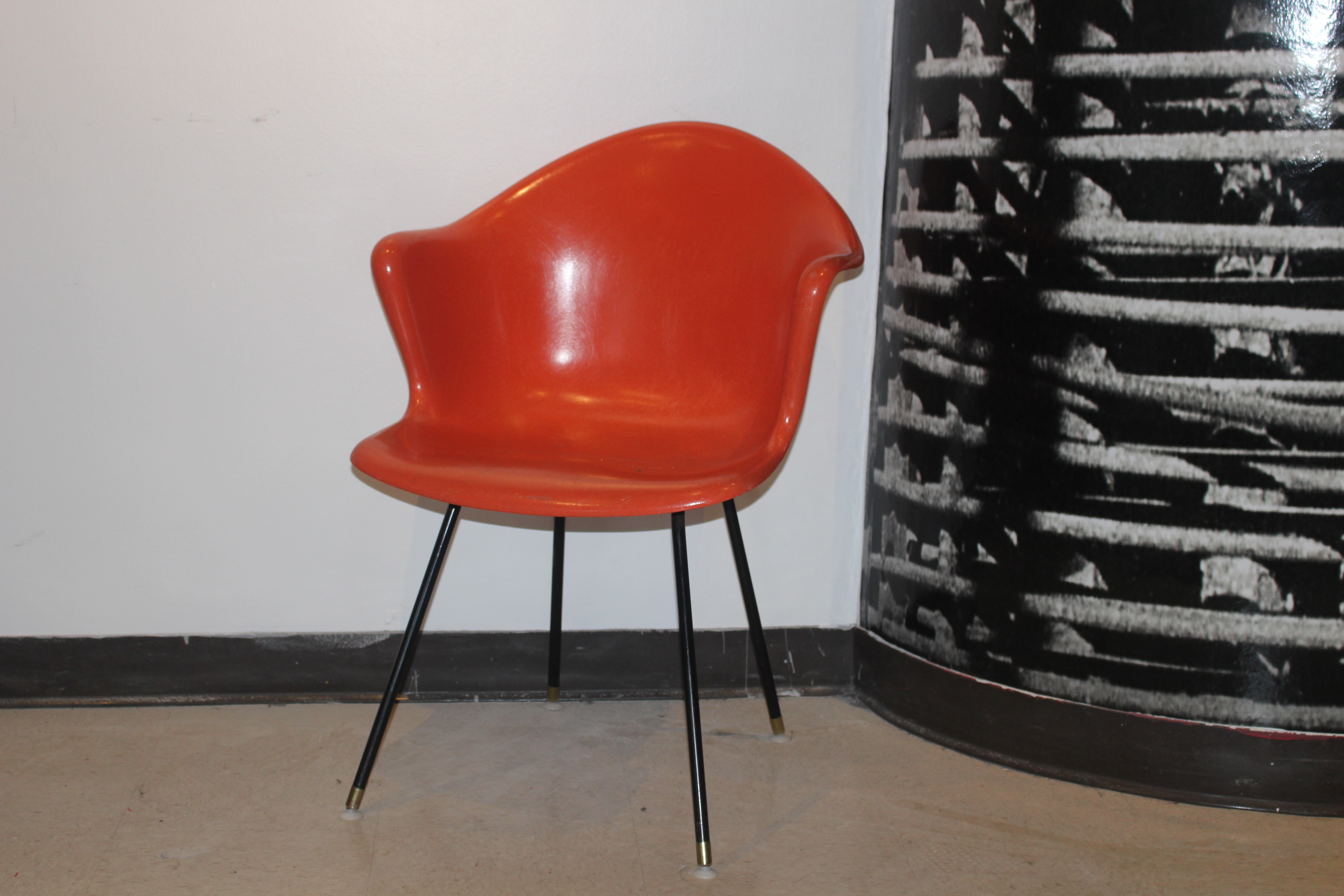 The Eames chair is one of the most iconic pieces of furniture ever produced. Ergonomic, fashionable, comfortable, affordable. These were the goals when Charles and Ray Eames began designing their chair in the 1950s. In addition to these principles, the Eames’ wanted to create the possibility of mass production with their furniture. In order to accomplish this they chose to build their chairs from fiberglass. A rather inexpensive and attainable material with strength, durability, and surprising comfort! Shortly before (and quite rapidly after) the Second World War there was a steadily increasing trend towards mass production and Charles and Ray Eames capitalized on this trend. They accomplished this by appealing to a wider audience of consumers and making a fashionable piece of furniture that didn’t break the bank.  Today these chairs have been extremely popularized and even feature in shows such as Frasier and Archer. 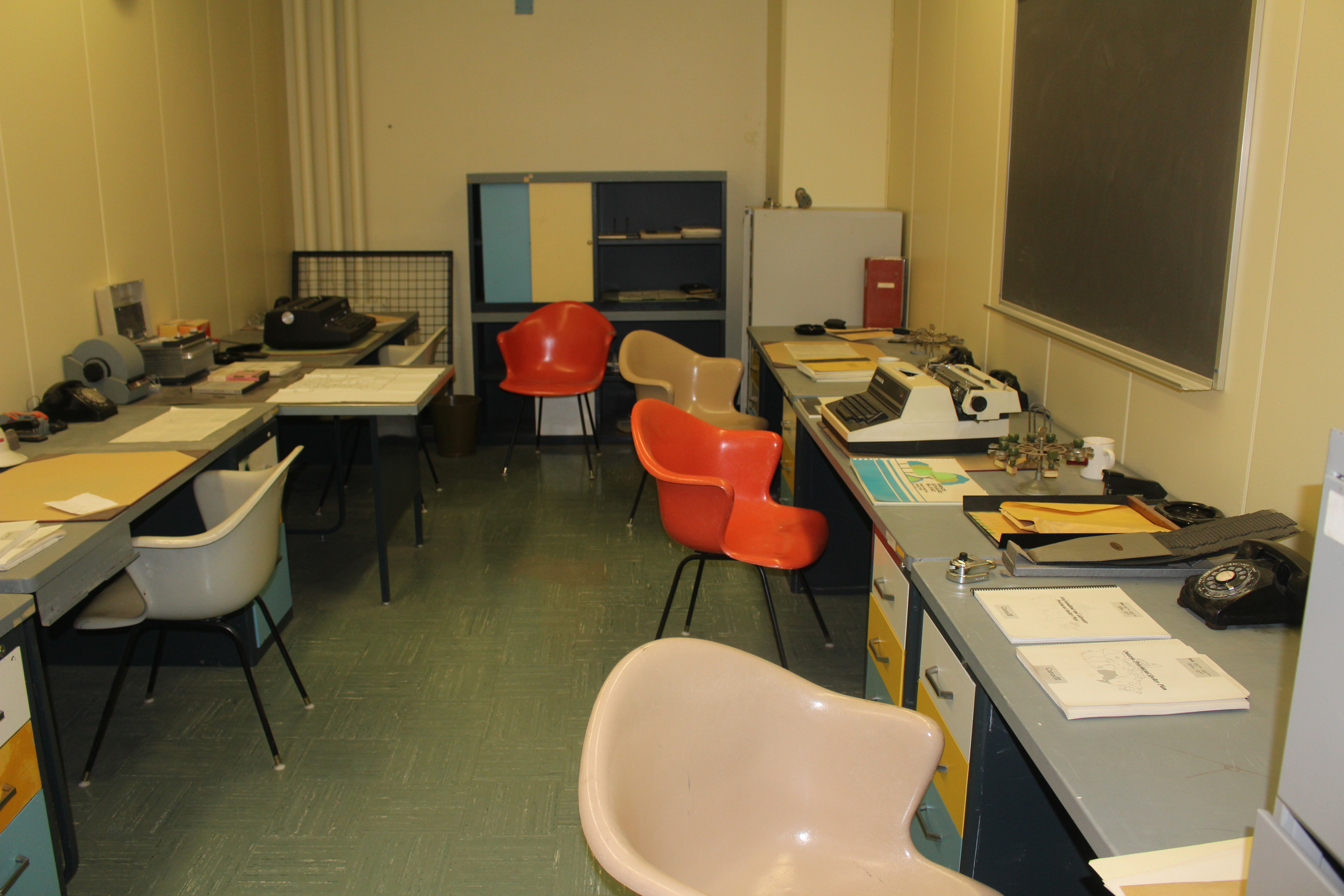 I doubt the Eames’ believed their design was going to be unsuccessful (few businesses put so much time and effort into something believing it will be a flop) but I am sure they had some hesitancy that can only come with putting your name on something. For Ray and Charles Eames, their design was a resounding success and have become incredibly popular (although possibly missing the mark on affordability nowadays). If buying an Eames chair is out of your price range, come visit the Bunker, where there are literally rooms full of these masterpieces waiting to be used once again. Take a load off and sit down in history.
!!!FACT OR FICTION TIME!!!!
The Eames chair was given as a gift from the Grand Doge of Venice to his niece on her wedding day circa 1435.
Charles and Ray Eames’ real names are Edgar and Elliot Eames is a made up name.
Eames Chairs have their own centre of gravity
Let us know your answers!
About Mat
Mathew Dunne studied history at Bishop’s University in Lennoxville Quebec and graduated with a BA in history in 2017. He works as a museum guide at the Bunker and has a passion for history and classics.
Book Now