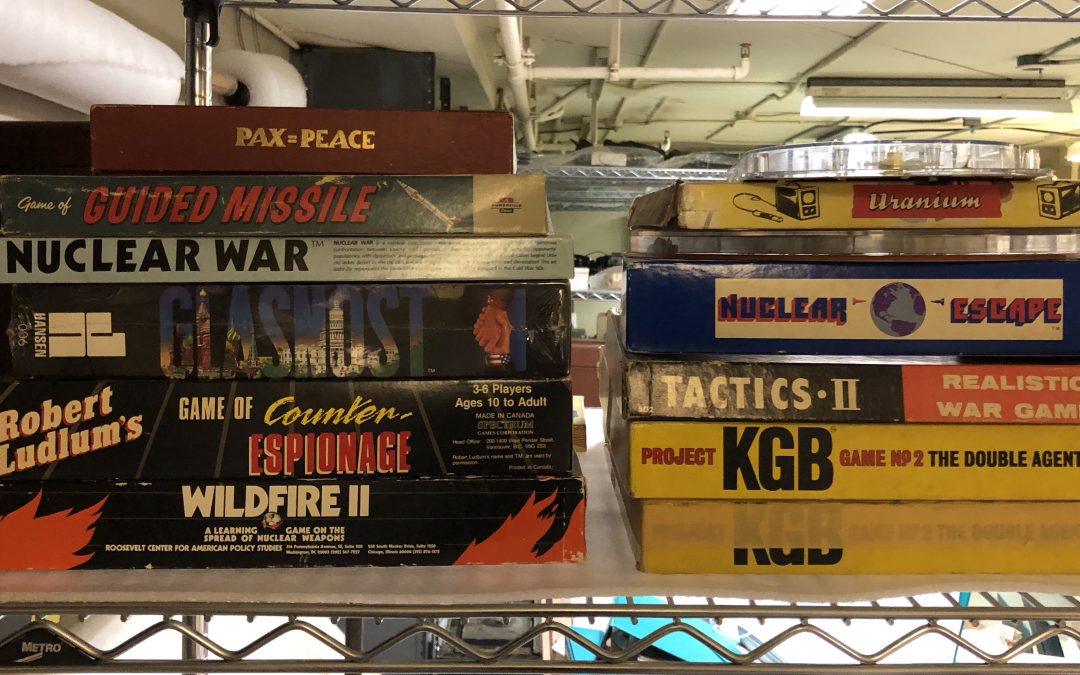 Change is afoot at the Diefenbunker! One of the many new and exciting additions to the Diefenbunker, coming soon, is the Community Room on Level 400 – but, before I tell you more about this room, let me first introduce myself:

The goal of redesigning the Community Room was to make it a fun and interactive exhibit space, complete with a selection of artifacts on display. In order to choose what to put on display and how to go about it, I had the expertise and guidance of two Diefenbunker team members to help me: Courtney Gehling, the Visitor Experience Manager, and Doug Beaton, the Collections Manager.

Once I’d chosen which artifacts I wanted to use, it was time for Courtney and I to figure out exactly how we wanted to display them within the Community Room. The layout of the room needed to be changed, and we moved the furniture inside around into many different configurations before settling on a final set-up. I won’t share all of the details about the Community Room here – I want there to be an element of surprise when visitors see the room for the first time! As a preview, though, here are the first five artifacts we will be displaying:

1. Geiger Counter: This device would have been used to read radiation levels in the air. Many of them were stored within the Diefenbunker, ready to be used at any time in the case of a nuclear bomb being dropped. 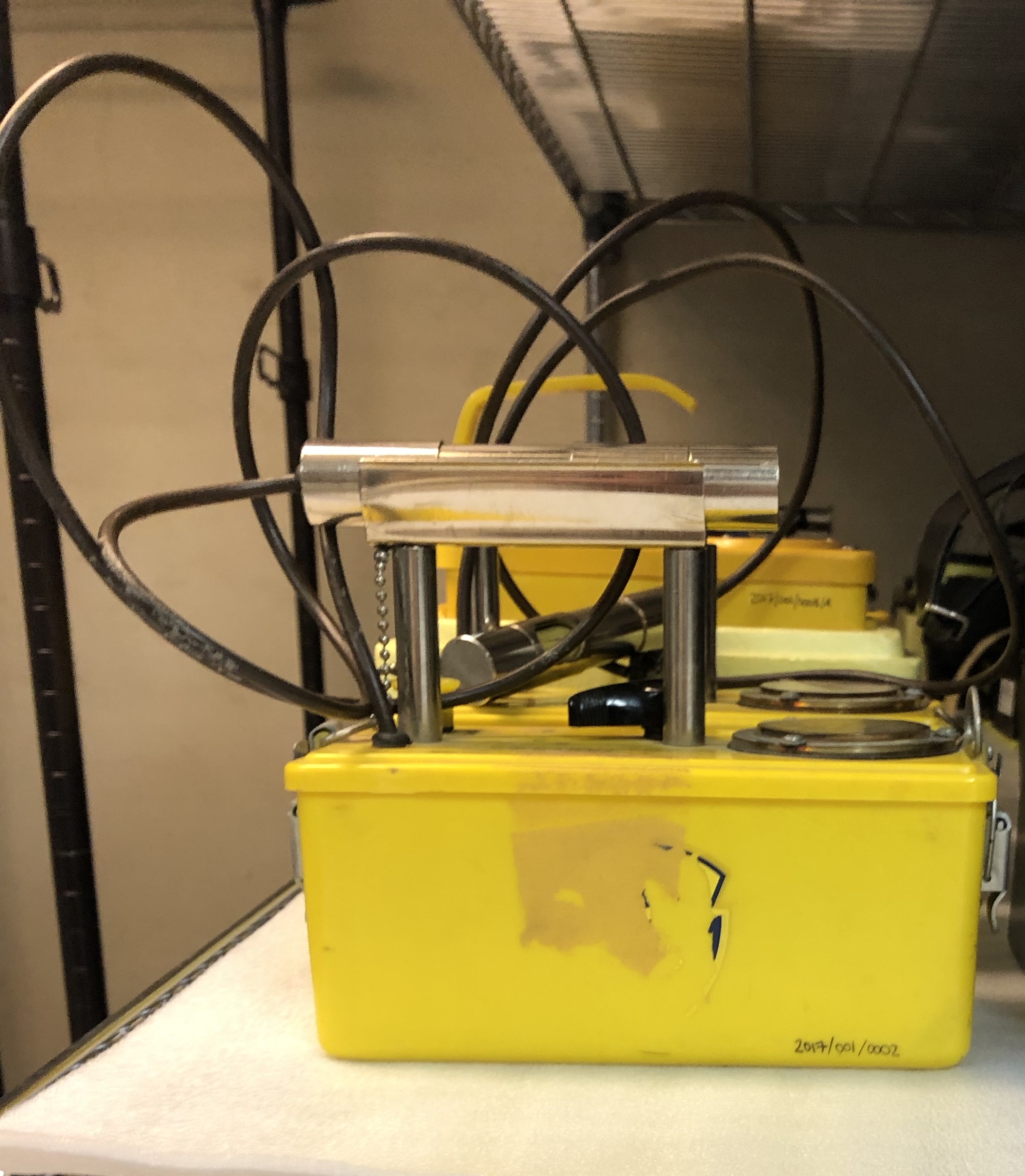 2. Postcard: This postcard features a photograph of students practicing a “Duck and Cover” drill. During the Cold War, these drills were commonplace in all schools, and were done as a safety precaution in the case of a nuclear bomb being dropped while children were at school. 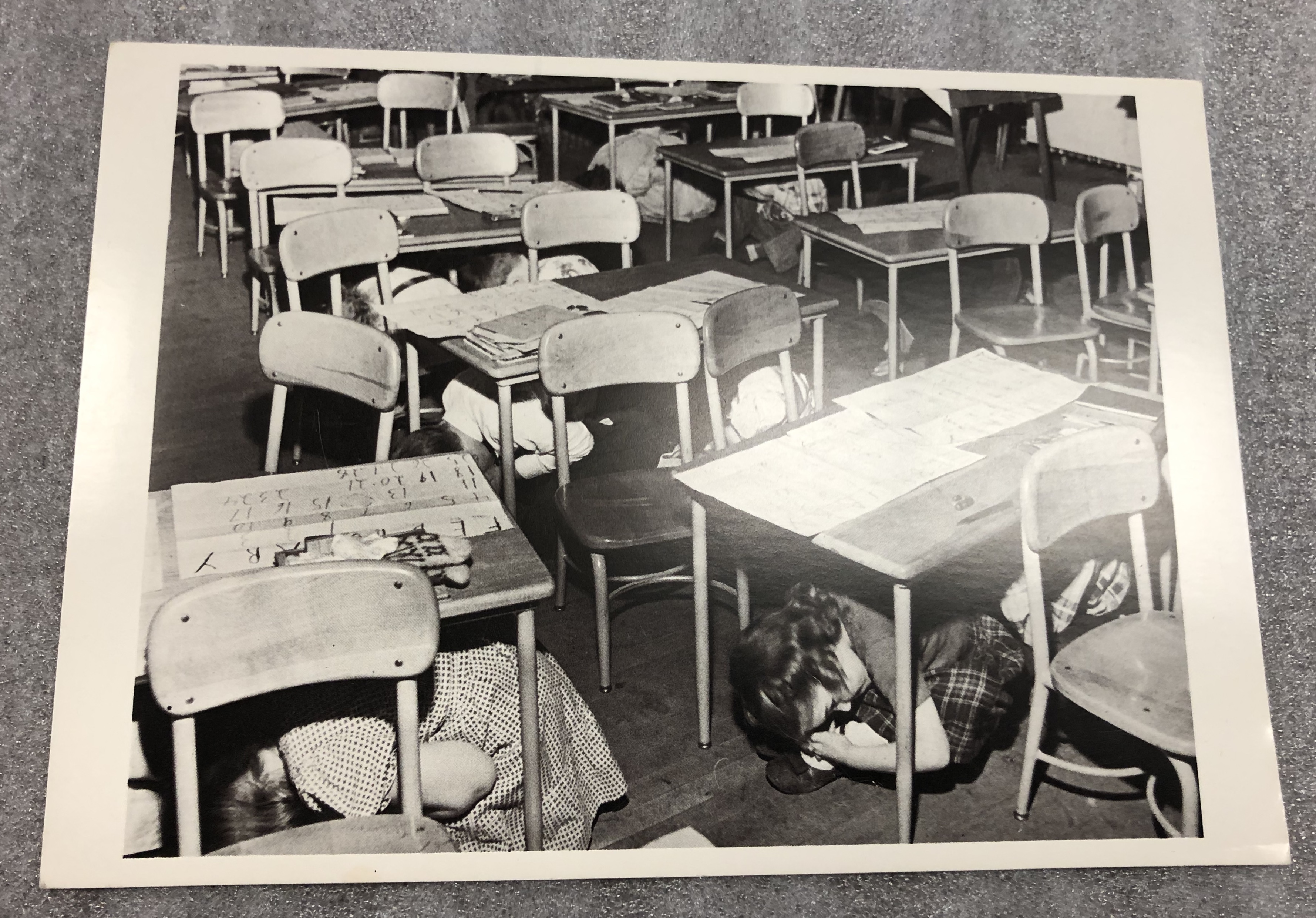 3. Board Games: Spy and war themed games were very popular during the Cold War. They were fun ways of getting children invested in the Cold War – without frightening them- and boosting patriotism among young people. 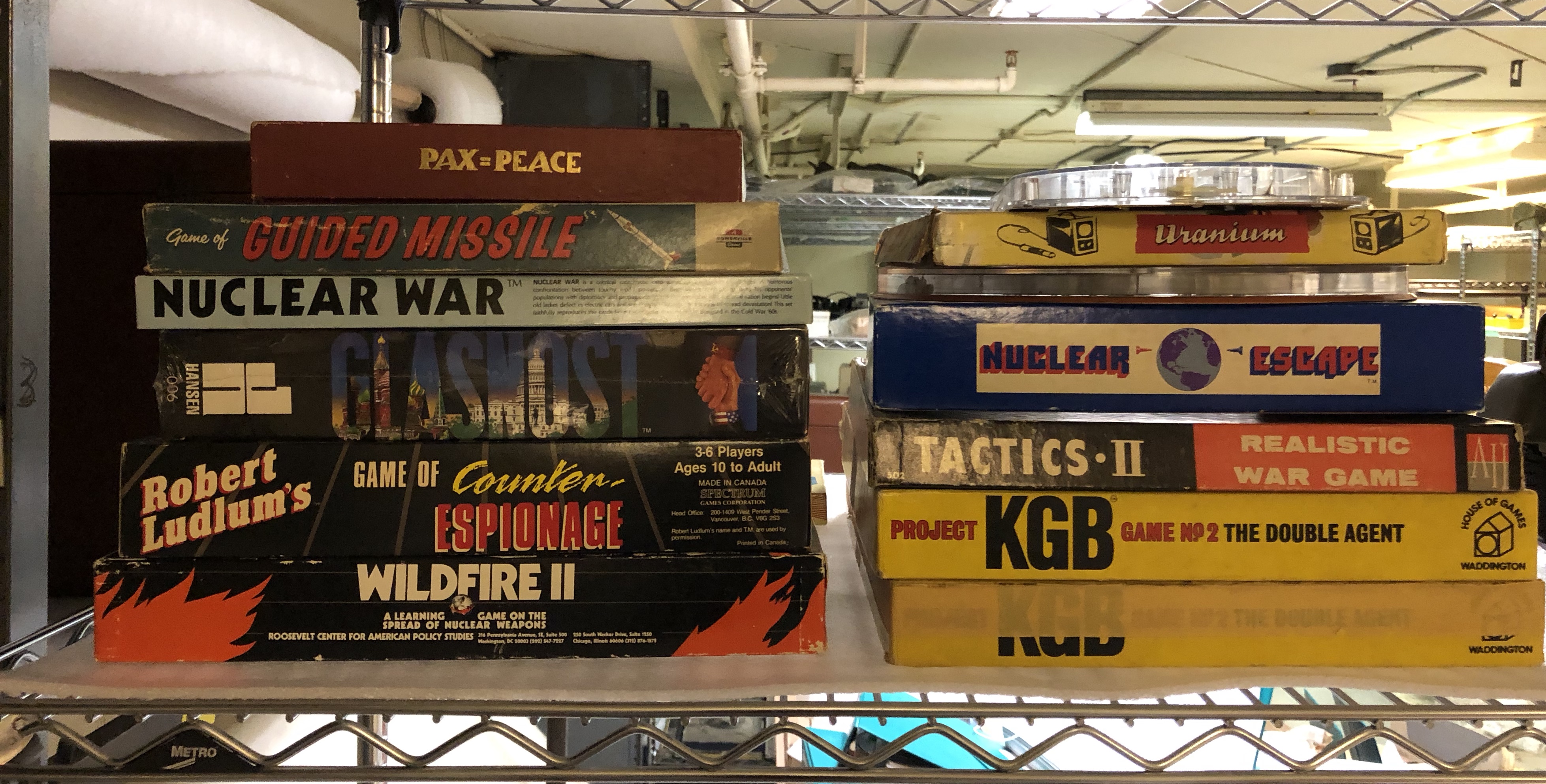 4. Rotary Phone: Special rotary phones, like this one, were used in the Diefenbunker during its time as a functional military base. The latch on top of the phone is there to prevent the phone from falling off the hook if the Diefenbunker shook. Much of the original furniture from the Diefenbunker was secured to the floor for this reason, making it all truly one-of-a-kind. 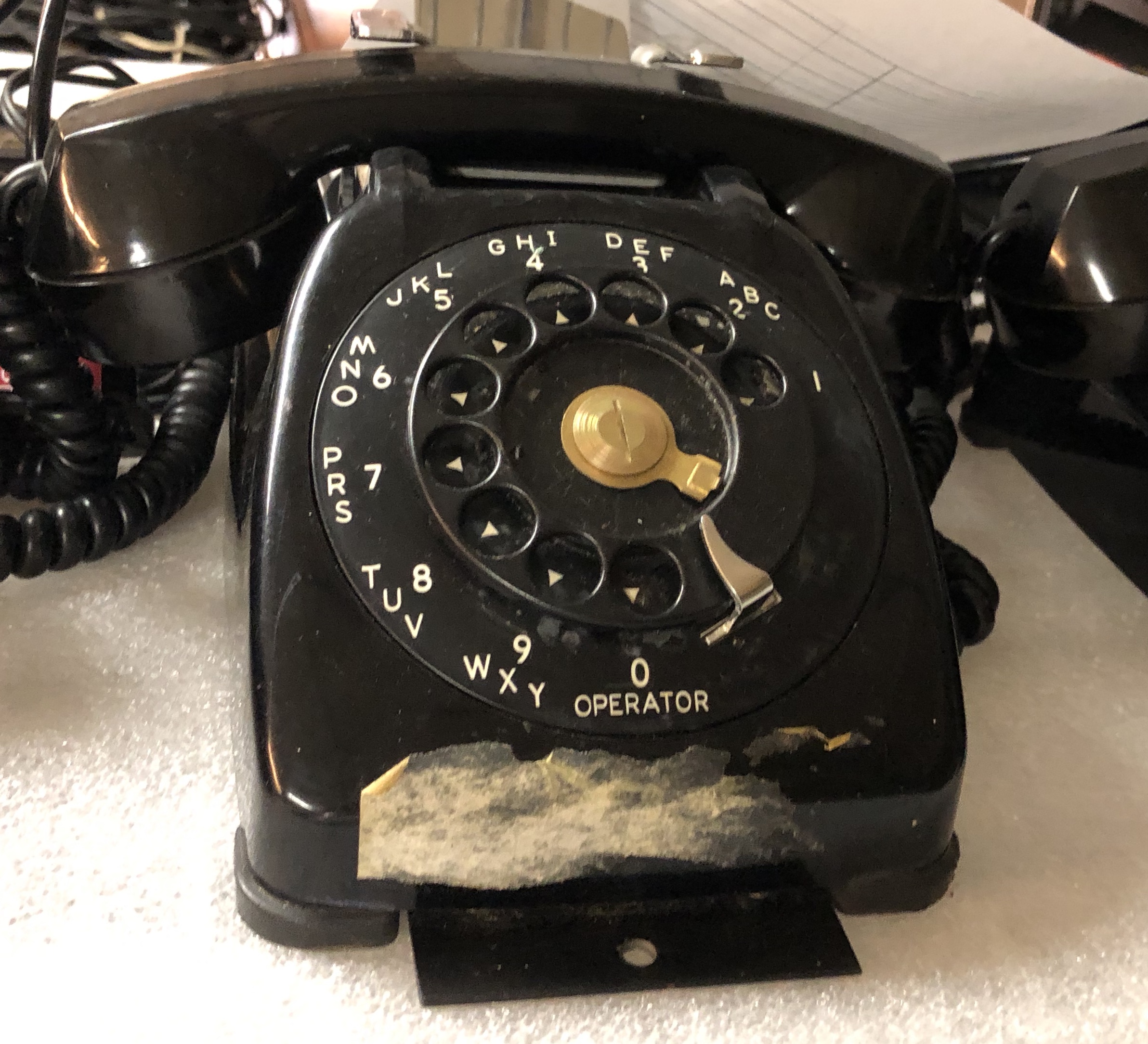 5. Books: Literature that focused on war became hugely popular in the late 1950’s. “Red Alert”, “What We Know About Communism”, and “How to Survive an Atomic Bomb” are just three examples of a massive range of spy and survival-themed literature from the Cold War. 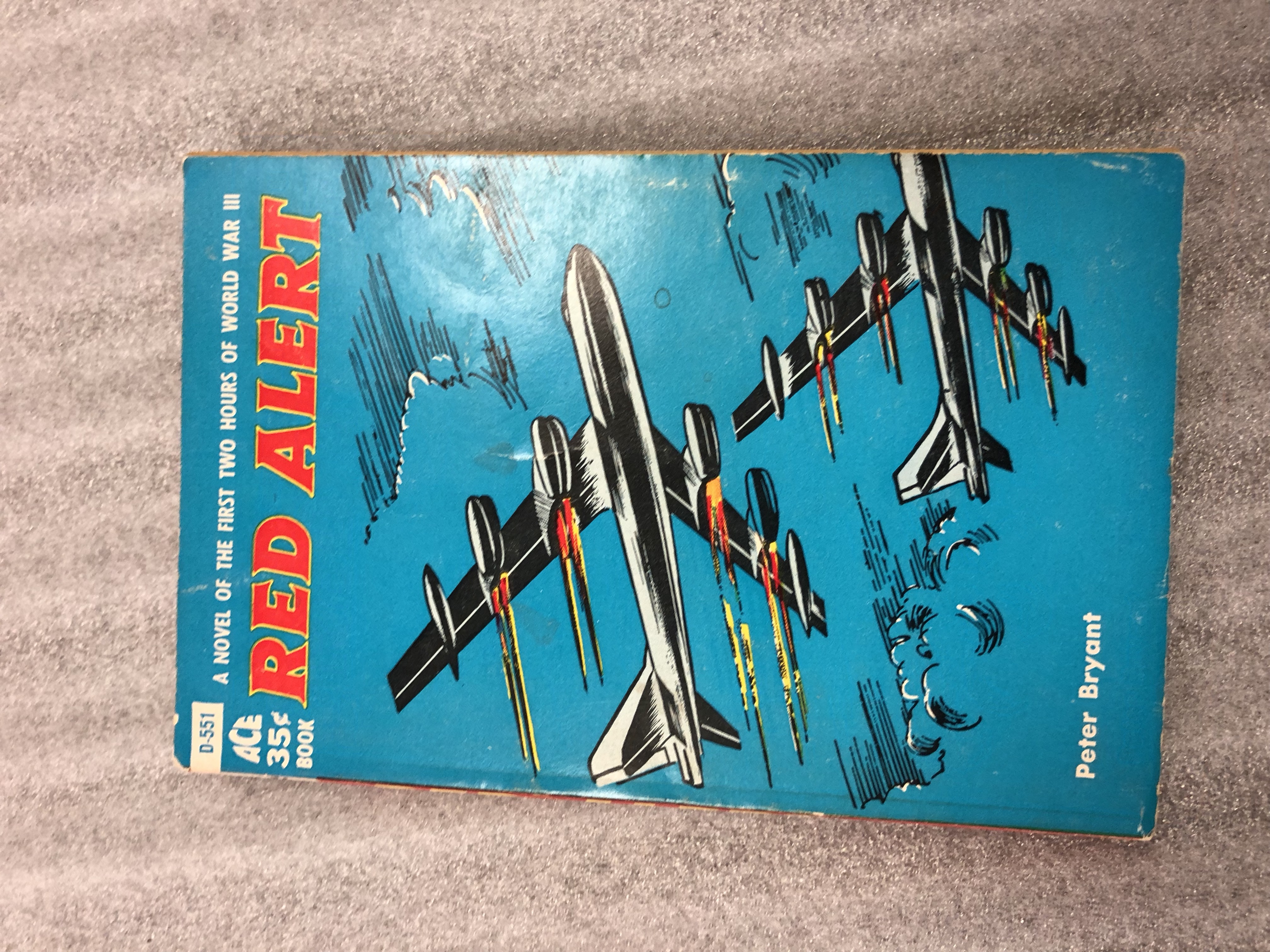 Working on the Community Room with Courtney and Doug really opened my eyes to the complexities of designing a museum space. As someone who is looking at pursuing a career in museum work, having the opportunity to work with the talented team at the Diefenbunker on the Community Room was incredibly interesting and such a joy to experience. Be sure to come visit the Diefenbunker to check it out once it’s complete!

*Thanks Vanessa! The Community Room is now open – check it out on your next visit!*