The Bank of Canada Vault 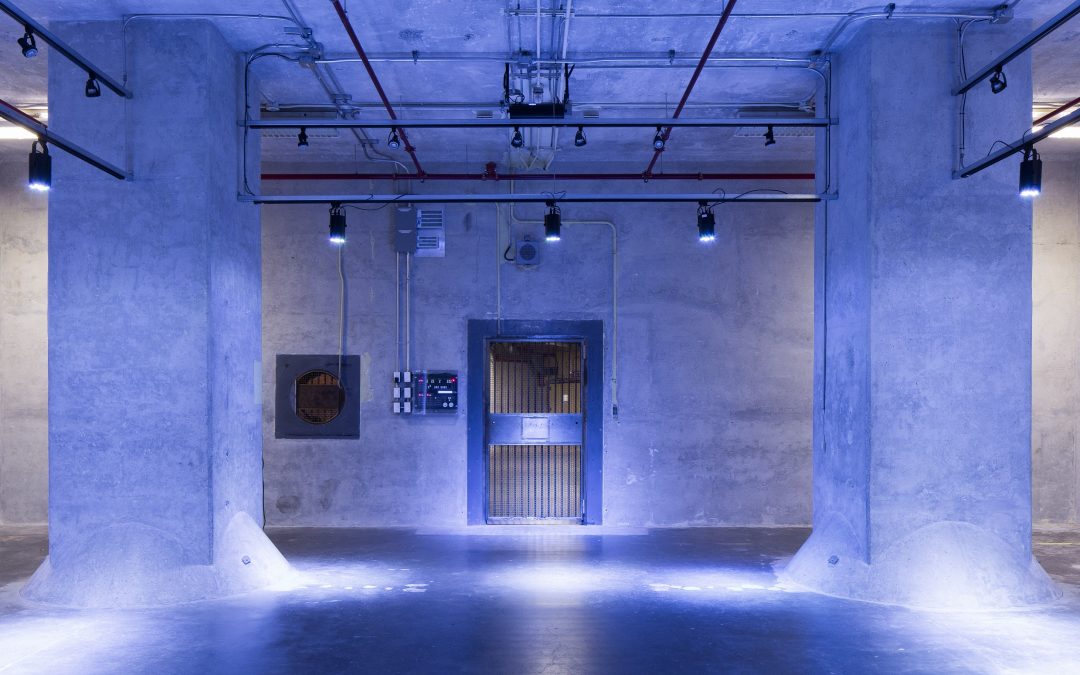 ​In 1960s, the Cold War neared its zenith. The members of the NATO alliance faced the eventuality of a nuclear war with the Soviet Bloc. As the possibility of this reality formalized, nations considered how to strengthen their defense and plan for future reconstruction.

In the event of a nuclear attack on North America, Canada would need to protect their gold reserves so they could have a form of currency to rebuild the country. If gold were to become irradiated it would lose its value, so it made it essential to protect it from radiation. With that in mind, the Canadian government spared no expense in building the Bank of Canada Vault. 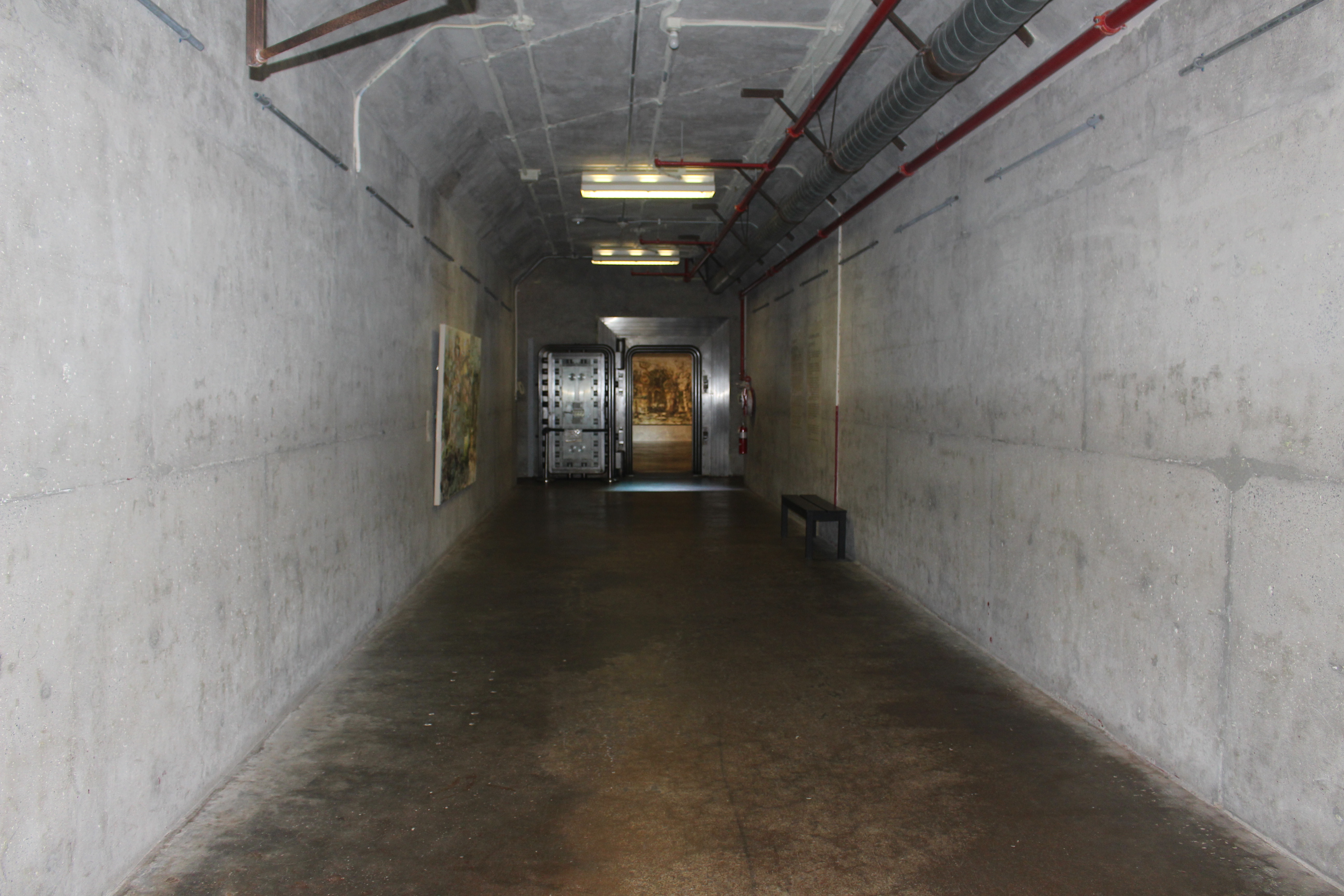 The Bank of Canada Vault was designed with a corridor around its perimeter for increased structural integrity in the event of a nuclear blast or an earthquake. However, the corridor had many blind spots making it difficult to monitor every angle. A simple yet ingenious solution to the problem was implemented; mirrors.  Attached to all four corners of the corridor, these mirrors provided 360-degree visibility down the corridors for any individual guarding the vault. 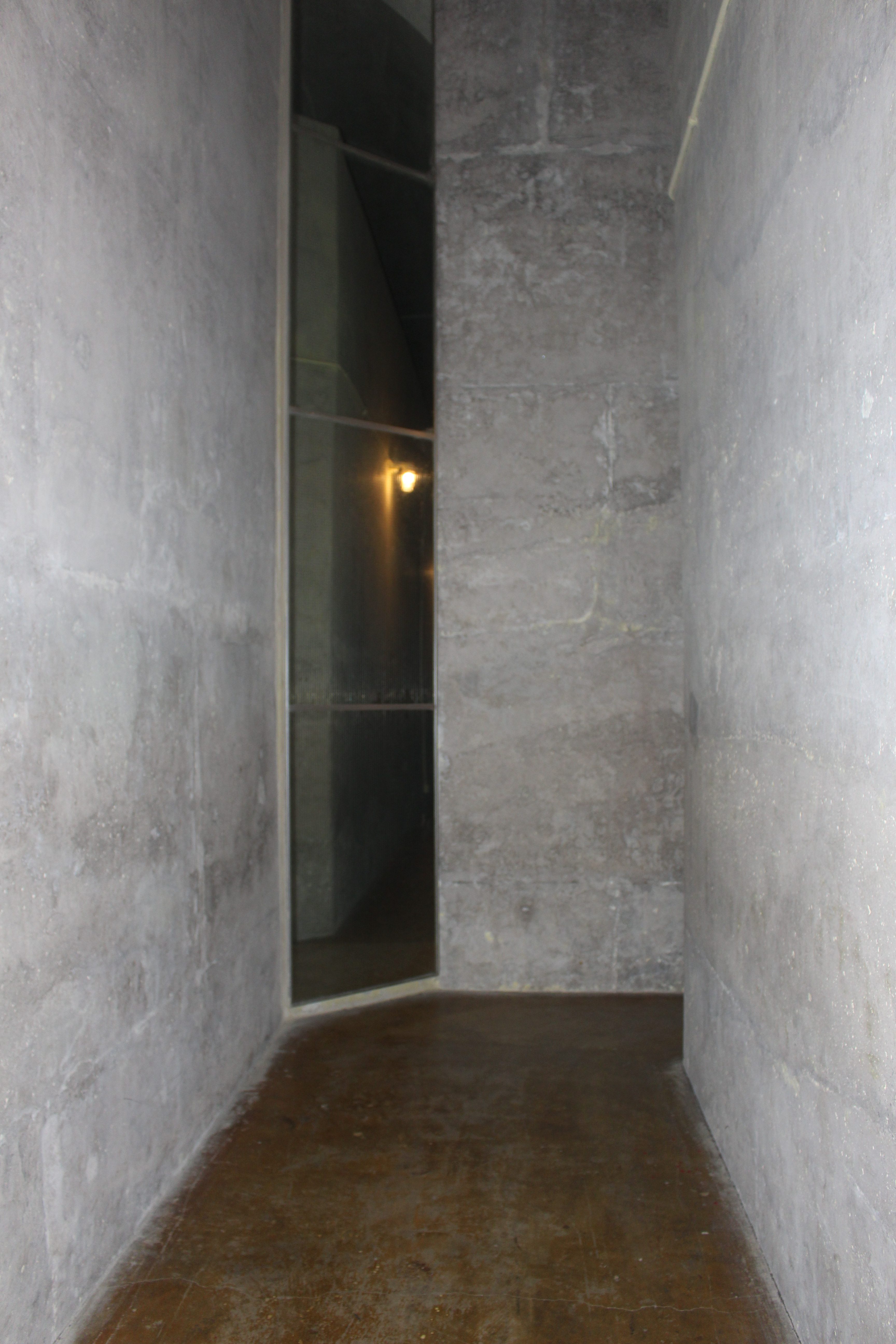 One of the four mirrors in the Vault corridor

To keep the vault secure, the government installed a top-of-the-line Mosler safe. Mosler was a world-renowned safe manufacturer based in the United States. They had a very unique claim to fame after the first Nuclear weapons were used against Japan at the end of World War II. A number of Mosler safes were being used in the Mitsui Bank, located in Hiroshima. When the atomic bomb ‘Little Boy’ was detonated some of the safes miraculously withstood the explosion. Their unexpected capability of withstanding a nuclear blast led to their unprecedented rise in popularity during the Cold War when the threat of nuclear attack seemed imminent. 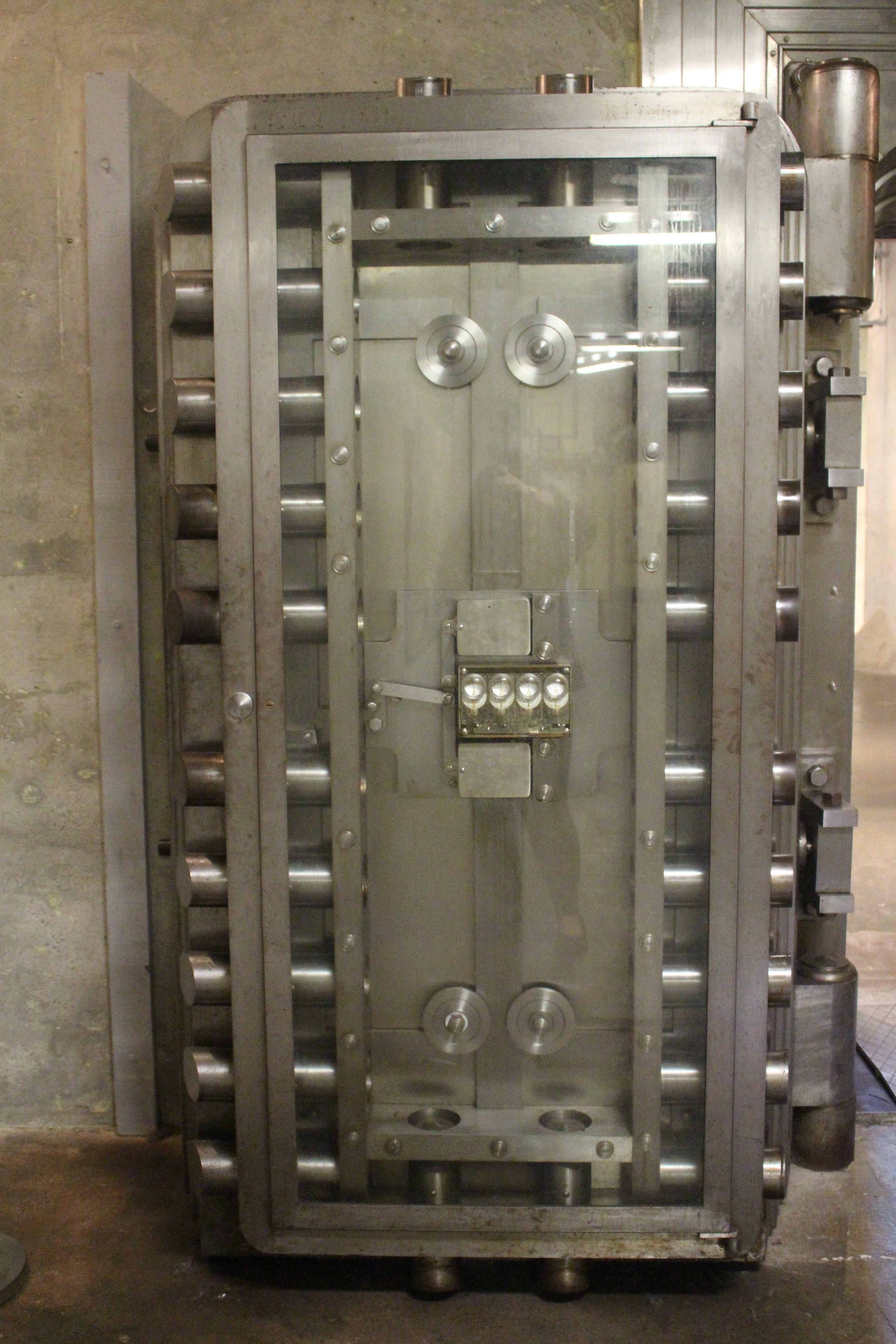 The Bank of Canada Vault Door

​The construction of the vault was focused on the future with the hope of not only surviving this nuclear threat, but of one day rebuilding the nation. With the Bank of Canada Vault, the Canadian government was strategically planning for its continuity and longevity. During the Cold War, one of the least-likely possible scenarios was that no nuclear weapons would be launched. Thankfully this scenario became reality and the vault was never used for its intended purpose. No gold was ever brought to the Diefenbunker.

Today, the Bank of Canada Vault sits on the 100 Level of the museum, open and on display for all visitors to enjoy. It’s a reminder of the lengths at which the Canadian government went to ensure the continuity of our country.