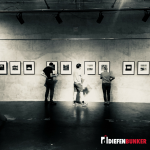 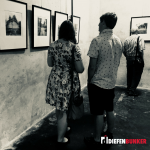 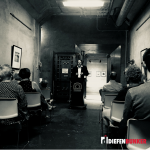 For forty-five years, the United States of America and the Union of Soviet Socialist Republics flexed their political and military might during a cultural clash of ideologies.

Fuelled by the differences in their economic, social and political ideologies, the two superpowers became antagonists and slid into a Cold War where the battle to gain military supremacy resulted in a nuclear arms race. Adopting a philosophy of Mutual Assured Destruction, the two adversaries stockpiled nuclear weapons to the point where their respective arsenals had the capacity to obliterate the other many times over.

When the fall of the Berlin Wall and the collapse of the Soviet Union signaled the end of the Cold War, the holdings of American and Russian nuclear armaments were significantly reduced with many of the supporting facilities being closed and abandoned. All that now remains of the Cold War legacy are decaying reminders of the nuclear-charged faceoff by two opposing forces heading towards an unthinkable end.

For the past 15 years, California-based Australian photographer, Brett Leigh Dicks has been documenting that legacy. His photographs depicting the abandoned nuclear missile facilities scattered across both the Western United States of America and Eastern European comprise the exhibition Opposing Forces which will be exhibited at the Diefenbunker Museum’s Vault, 75 feet underground from August 2 until September 9.

Brett Leigh Dicks is an Australian/American photographer who shares his time between the United States and Australia. His photographic endeavors have led him to explore the world’s natural and urban landscapes with the resulting imagery spanning Australia, America and Europe. In employing the tradition of fine black and white photography, Brett primarily investigates the landscape and the fragile ties that it shares with human history. In addition to his own photographic pursuits. Brett has written extensively on the subject of photography along with curating exhibitions for public and private galleries and museums.
For more information on the artist, please visit his website: www.brettleighdicks.net

Check out the Diefenbunker’s blog to follow Brett Leigh Dicks on his journey to the Bunker: https://diefenbunker.wordpress.com/