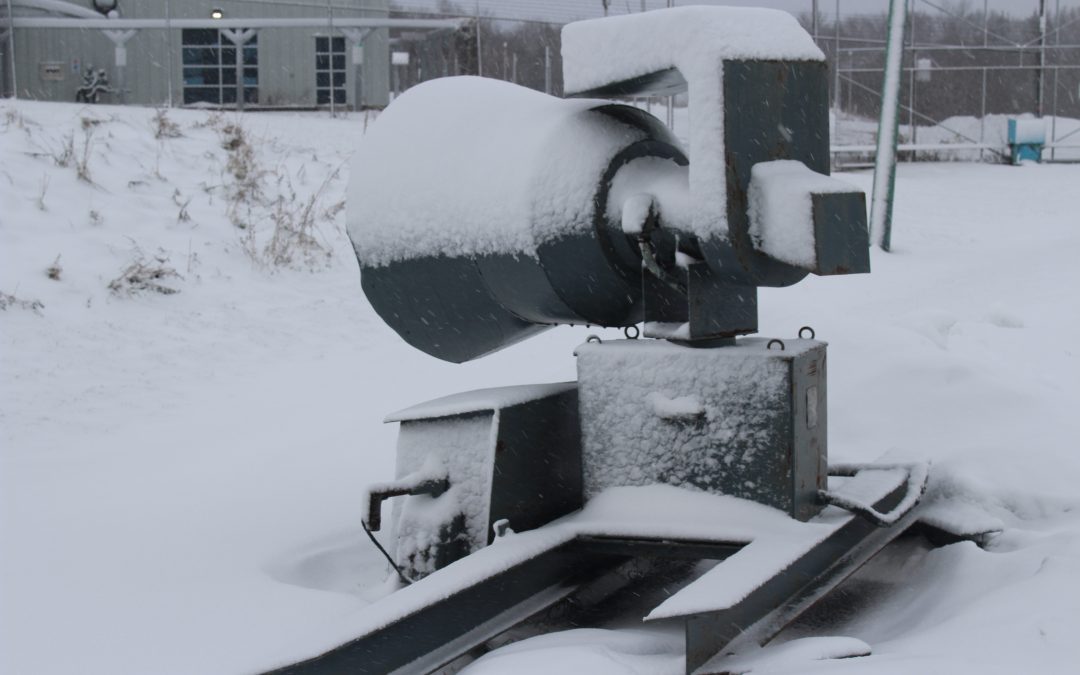 Our team is ever growing and last week we welcomed Courtney to our team! Courtney has ten years experience working in the museum and heritage sectors. During her Master of Arts in Cultural Heritage Studies in England,  she curated a multi-institutional digital exhibition in partnership with Stonehenge, Avebury and Associated Sites UNESCO World Heritage Site and Google Arts and Culture (30 Objects/30 Years). Courtney recently came from the Smithsonian National Museum of the American Indian in New York City as their Visitor Information Specialist. Here are a few words on her first week at the bunker:
“Dec. 3, 1989, U.S. President George H.W. Bush and Soviet leader Mikhail Gorbachev declared the Cold War over during a summit in Malta. Flash forward 29 years to the day, and I find myself descending deep underground and into a very large souvenir of the height of Cold War tensions: The Diefenbunker. Luckily, I am not headed into the Bunker for its intended purpose, but rather to join the staff at one of the Nation’s most fascinating museums!
Last week I traded NYC skyscrapers for the snowy fields of Carp, and what a week it has been! I met with staff, volunteers, and board members, all of whom have been incredibly warm and welcoming. I went exploring behind-the-scenes with the team in search of the innermost secrets of this thought-provoking bunker. I also had the good fortune to catch a special performance of “Dief the Chief: October 62”, an immersive production staged at the Bunker by performer Peter Haworth and multi-award winning playwright and performer, Pierre Brault. It is an absolute must-see.
A big thank you to everyone for making my first week here a BLAST! I am thrilled to be here.”
Welcome to the team Courtney!!

Twas’ the Night Before Grinchmas

Snow Day? S’No Problem! Strengthen your spy skills with these at home crafts!

75 feet under: Behind-the-Scenes in the Machine Room

FOUR: Mt. Rushmore and the greatness of hope

THREE: The Power of the Atom – Idaho’s Experimental Breeder Reactor I

Who needs Vesper, when you have Moores?

Adventures from the Coldest Part of the Cold War- ONLY 2 DAYS AWAY!!

Mission Report- Easter at the Bunker